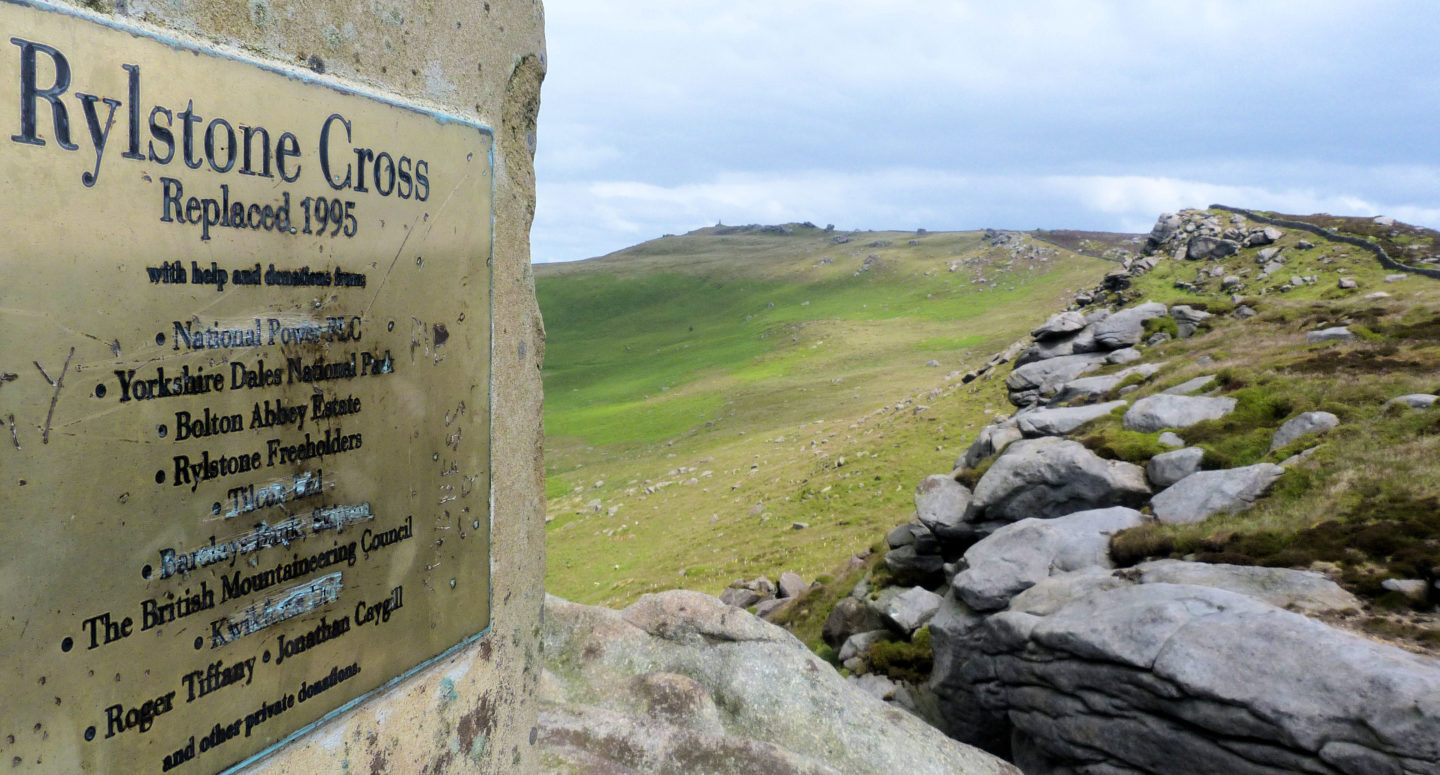 There is a short steep climb from Cracoe to Rylstone Cross set on the edge of Embsay Moor. A short distance away lies Cracoe Monument. This offers a pleasant half day circuit.

Even though I have included Rylstone Cross and Cracoe Monument on a separate walk from far away Embsay I fancied a closer exploration of the gritstone rock scar on which they stand. As a result this necessitated a walk from the west. Hetton was my choice to start even though it was half a mile further than Rylstone or Cracoe. However a pint sat outside the Angel was a suitably attractive incentive.

The moor (access land) is soon reached from Hetton via Rylstone (home of the Calendar Girls). On arrival as the scarp the views are dominated by the bleak peaty moorland stretching far to the west and south. However the walk sticks to the escarpment edge and is great fun. First Rylstone Cross is reached. The cross was originally of stone built to commemorate Rylstone Man. However after an interlude a wooden cross replaced the stone in 1947. A mile further on Cracoe Monument (a war monument for the residents of Cracoe and nearby farms) is spectacularly perched on outcrops of sandy rock. The views overlooking the dales below are excellent. Finally the path drops steeply towards Cracoe and a short walk back to Hetton. The pleasure of this walk though is the path on the escarpment and the scrambling on the boulders that line the escarpment.

There is a Marilyn Thorpe Fell one mile to the north east of Cracoe Monument….trackless to get to from here.

To find the Marilyn of Thorpe Hill follow the wall north from the monument for three quarters of a mile to a small stream. Then take a bearing east and follow it accurately to the trig point. It is easy to return the same way. 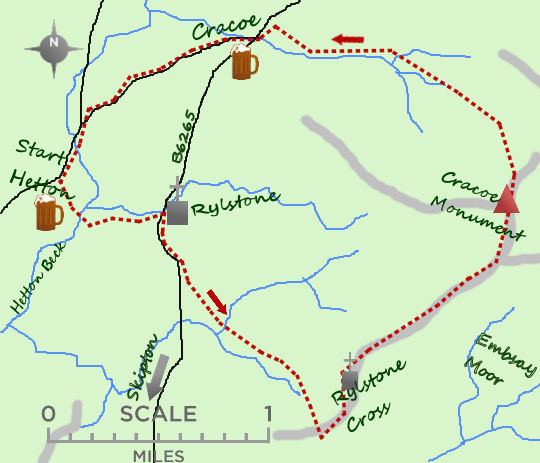 On the road near the Angel in Hetton. There is a path cross country to Rylstone but best to keep to the minor road to Rylstone and then cross the B6265 almost immediately, up the lane past the church and turn right.

The peat on the escarpment can become rather claggy after rain but generally it is easy going.

The Devonshire at Cracoe is tempting for an affordable meal but for a pint not much beats the Angel Inn at Hetton.