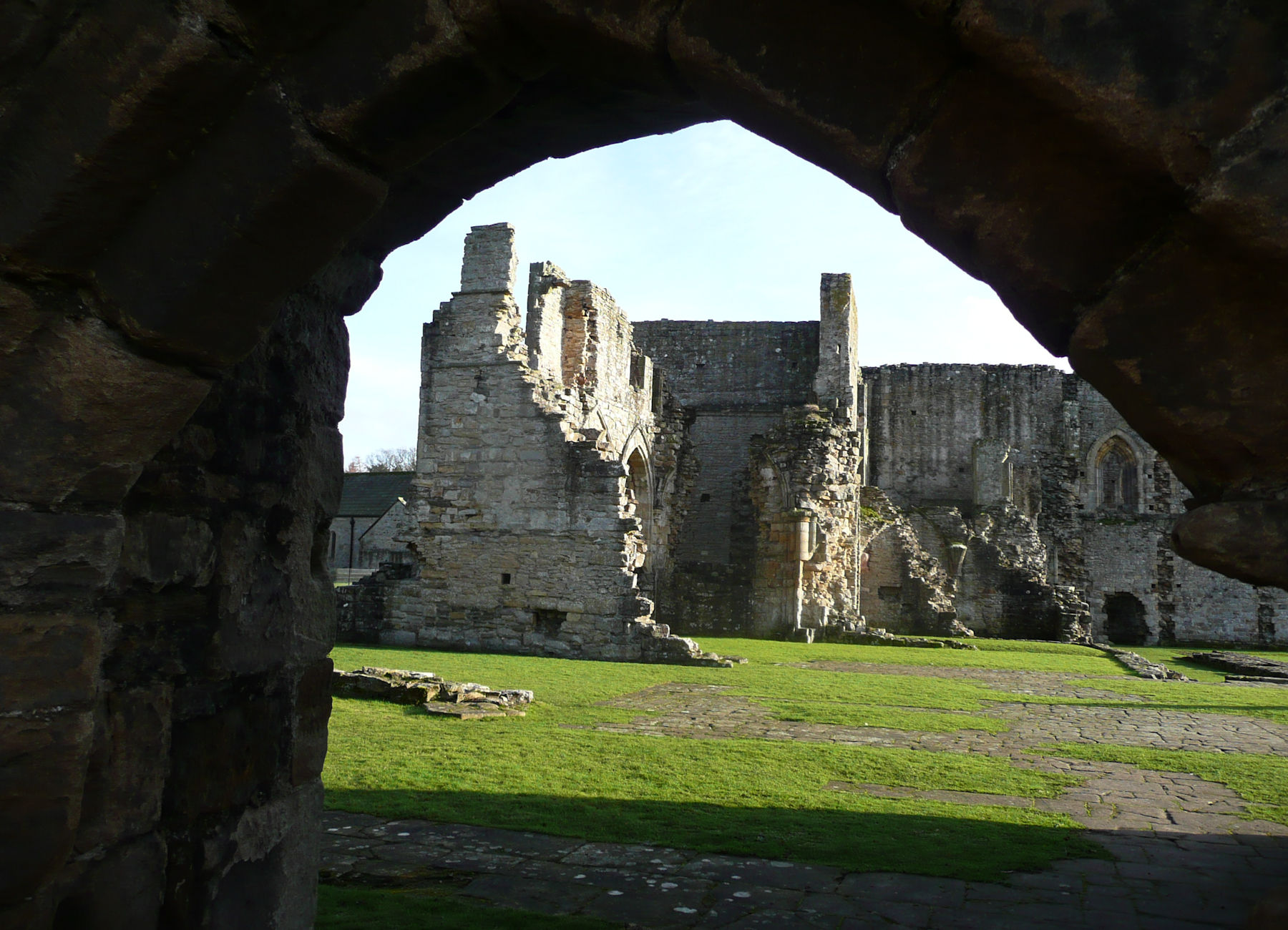 This is a short walk along the River Swale to Easby Abbey. It is a very pleasant stroll with good views of the abbey and its neighbouring village. The town of Richmond with its castle are also worth exploring.

The ruins of Easby Abbey make a lovely afternoon stroll from Richmond. Head out on the north bank of the River Swale and return on the south bank. The abbey is apparently Premonstratensian (I think that is spelt correctly!) which is the religion of the French Catholic order of the 12th century. However it was good old English soldiers who largely destroyed it during their stay on route to the Battle of Neville’s Cross in 1346. Unlike other abbeys it was left to fall in to disrepair and now has little to remind of the once impressive working abbey it once was.

However I coupled the walk along the River Swale to Easby Abbey with a visit to the very impressive Richmond Castle. This is one of the best examples of a Norman fort in England today. The stretch of river bank linking the two offers a very easy stroll. Noticeable enroute is that the powerful River Swale is a deep brown colour. This is derived from the peat and moors further up the dale. In fact the power of the river was such that strenuous efforts had to be made to ensure Easby Abbey did not disappear to the river a few years ago. Have a look at how it has cut in to the bank near the abbey ruins!

Wander up from the abbey and take a look at the little group of buildings at Easby itself. They are lovely.

You can pick the path up to Easby Abbey a few metres to the east of the main road bridge leading south from Richmond. Follow the sharp right hand bend of the river. Soon there is a choice of paths. I like the one sticking closer to the river. 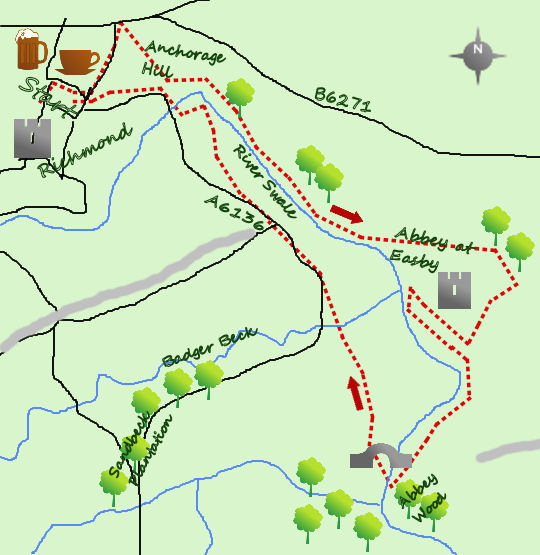 There is plenty of parking in Richmond. Walk 'down town' past the castle to the river bank.

Good footpaths lead along the banks of the Swale. Cross the river at a bridge a few hundred yards beyond the abbey,

Richmond has a large choice of places to eat, drink and generally explore, everyone will have their own favourite.

Riverside walk along the Swale