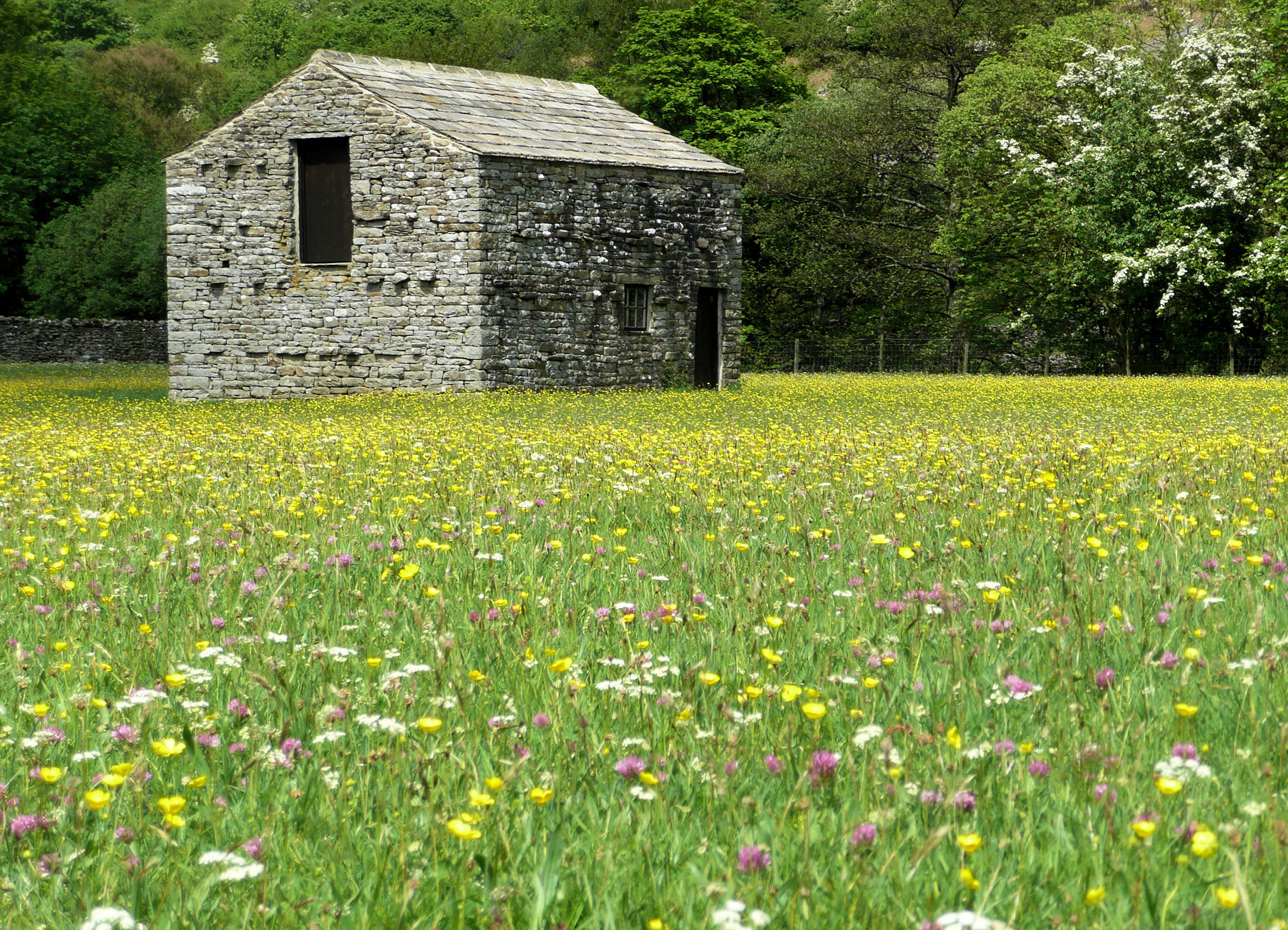 Muker is one of the idyllic small villages that sit at the head of Swaledale. The river flows nearby and the scenery is lovely although during the hay meadow season it is better still. The hay meadows are at their best in May and June.

The Hay Meadows at Muker are probably the most dramatic example of flower rich fields in the country and a bit of an unsung national treasure. Wild flowers in this concentration are a rarity in this country. They are the result of years of management from the local Dales farmers who cut the fields back at the end of June (usually), to provide fodder for their livestock during the winter. Encouraged by a number of local conservation groups such as the National Park and specifically the Yorkshire Dales Millennium Trust, who work closely with the farmers involved, these fields are becoming more and more spectacular each year.

The twelve fields at Muker offer a wide range of wild flowers which include cat’s ear, wood crane’s bill, Lady’s mantle, pignut and the lovely melancholy thistle. Six of the fields have flagged paths. Unfortunately some are inaccessible but still viewable. However the first two are suitable for wheelchairs or pushchair visitors. From the fields I would suggest crossing the Upper Swale at the obvious footbridge. The Swale at this point is early in its long journey that eventually finishes in the North Sea via the Humber. Continue by walking up the lovely valley before doubling back past the bridge for half a mile Finally return to Muker from the east.

Visit the YDMT website for a full and knowledgeable understanding of the Hay Meadows of the Dales.

The Hay Meadows at Muker are just to the north of the village and lie next to the River Swale. 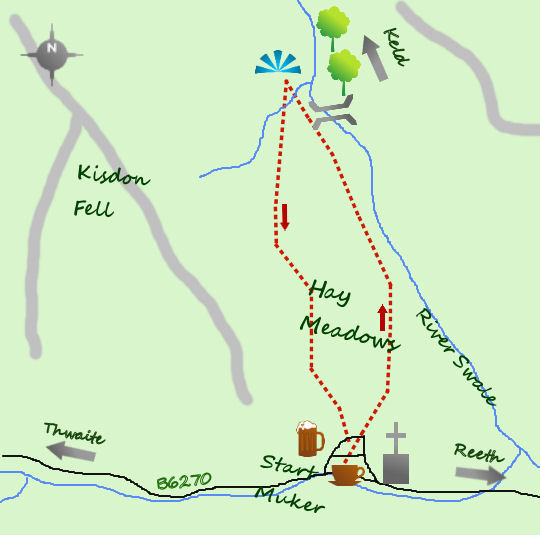 Muker. park at the car park which gives you a chance to walk through this traditional Dales village. There is a car park at Muker.

Stick to the paving for the 6 fields of Hay Meadows - thereafter there is a path next to the river.

Muker has a great tea shop and a fine pub, the Farmer's Arms - ideal.