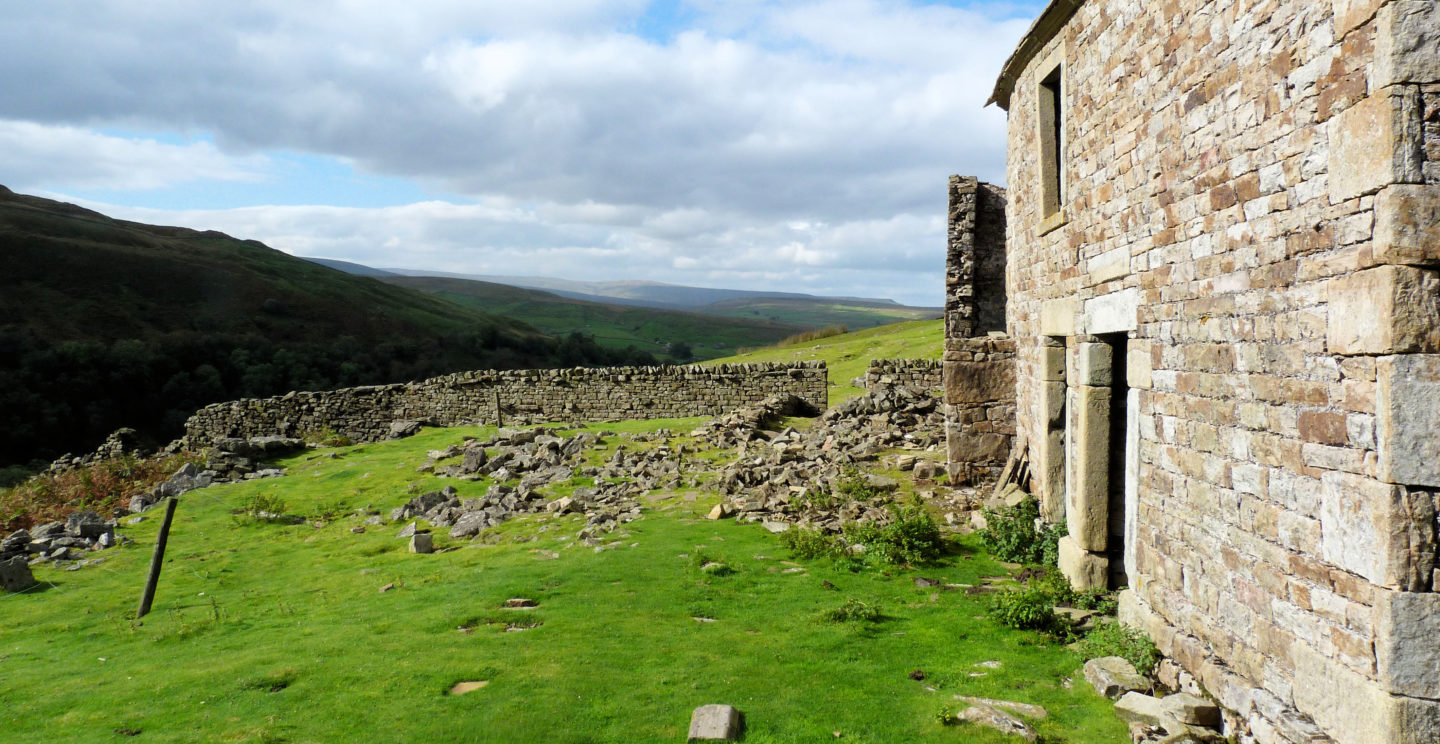 The walk starts at Thwaite, a village in Upper Swaledale. From here it climbs steeply up Kisdon Fell before dropping down to Keld. The low level return from Keld follows the embryonic River Swale.

Kisdon Fell is unusual (and the better for it) in the Northern Dales due to it’s splendid isolation, steep sides and the lack of any public rights of way to the summit. The deep clefts of Angram, Straw Beck and the upper reaches of the River Swale contrive to leave a square block of deep limestone. This has then been gauged out by the glacier’s retreat. Here Kisdon Fell sits. At three of the four corners of the fell are the quintessential Dales villages of Thwaite, Keld and Muker. Each one is exceptionally attractive with individuals qualities that make them stand out. As an example the village of Thwaite, where the walks starts, is perfect with a nice pub.

When I first did this walk I really enjoyed it. I had waited a long time to complete it and on a hot summer’s day discovered it encompassed all that is good in the Dales. Having climbed the steep slopes from Thwaite at pace I enjoyed a rough and trackless ten minutes to the summit (a Marilyn mountain at 1,635 feet). TNext is an equally steep descent to to Keld. Finally there is a long stroll down the upper Swale with its small but picturesque waterfalls.

Leaving Keld there are two options. Either drop to the valley floor and follow the path on the west side of the river. Alternatively a second and better path follows a higher route on a wide bridleway to the east. A final tramp along part of the finely named Old Corpse Road (where they took bodies over to consecrated land on the west side of the fell) to Thwaite completes a great day out.

The walk is enhanced in May and June when the hay meadows just to the north of Muker are at their best.

Kisdon Fell from Thwaite is one of the best 20 walks in the Yorkshire Dales.

On leaving Keld and before reaching the woods turn left and drop steeply to the footbridge over the Swale. Then climb past Kisdon Force to the well named Crackpot Hall and join the main bridleway. The walking on the north eastern side of the valley is of more interest and more enjoyable. 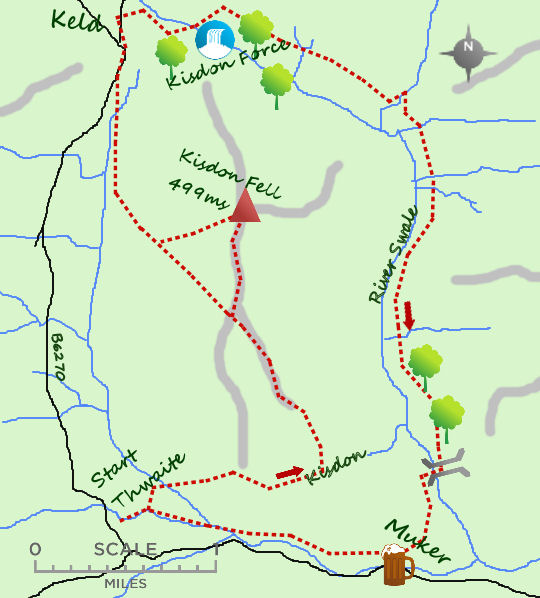 I believe Thwaite is the best start point for this walk, mainly to complete the climb early but the choice is not all that important.

Varied as befits a classic route. Trackless to and from the summit of Kisdon Fell, bridleways predominate elsewhere.

Each of the 3 lovely villages has something to offer. In good weather the Keld Tea Garden is a wonderful spot, otherwise wait till the Farmer's Arms or Tea Shop in Muker.