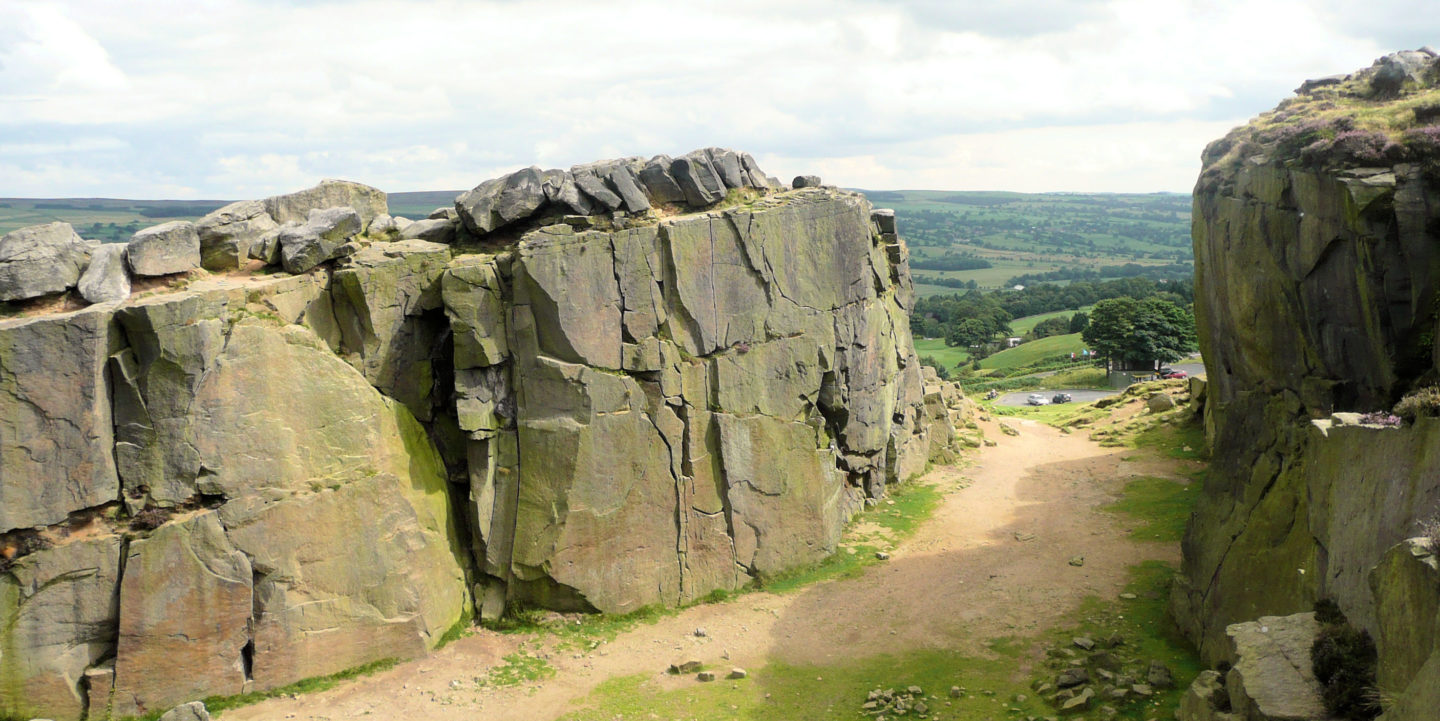 The Ilkley Moor walk is very popular. Myths and folklore tend to bring people here, as do the famous rocks of the Cow and Calf. This walk covers the Cow and Calf, Twelve Apostles, summit area and of course the best views.

Although the walking is good up on the moor and on a bracing winter’s day even better than good, I find the main attraction the multitude of legends that create the moor’s character. ‘Ilkley Moor Baht’at‘ is a folk song which describes a young lady telling her fella that he really should wear a hat whilst walking on the moor. If he does nor he will perish and end up being eaten by worms. In addition the famous rocks of the Cow and Calf were allegedly formed when the giant Romald stamped on them whilst fleeing from his enemy.

The moors themselves are a Site of Special Scientific Significance. The slopes are acidic with heathery moors and small streams running off them. However it is the superb grit stone boulders which sprinkle the entire moor which create the personality of Ilkley Moor. The ones at the Cow and Calf are the best know. They offer some enjoyable scrambling opportunities and even have have carvings dating back to the bronze age. I prefer tackling Ilkley Moor by starting at the Cow and Calf (which like the Lion & the Lamb at Grasmere) is difficult to understand. There is nothing that looks like a Cow or a Calf! From here climb to the summit ridge and enjoy the views. From here drop part way down the western slopes before contouring back above Ilkley itself.

There is something mythical about walking here and it is heightened in the winter months. A misty. cold day above Ilkley is very appealing.

Ordnance Survey maps show paths on the ground by thin black dashes. The green dashes are public rights of way but are not the only useful paths. This walk follows mainly black dashed paths. 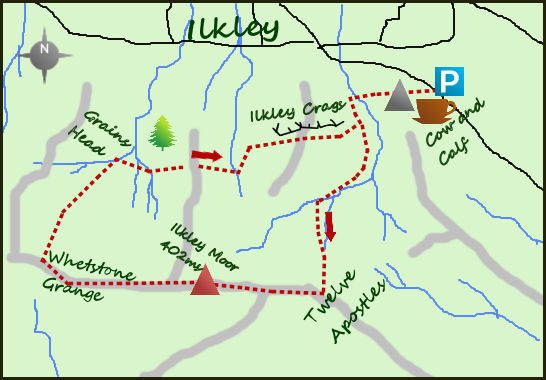 Car park at the Cow & Calf, head through the rocks and keep heading up!

The paths on the moor may be well used but they are good for walking. The only troubles are that there are so many but in reality keep heading west on the ridge and east on the return and you will never go far wrong