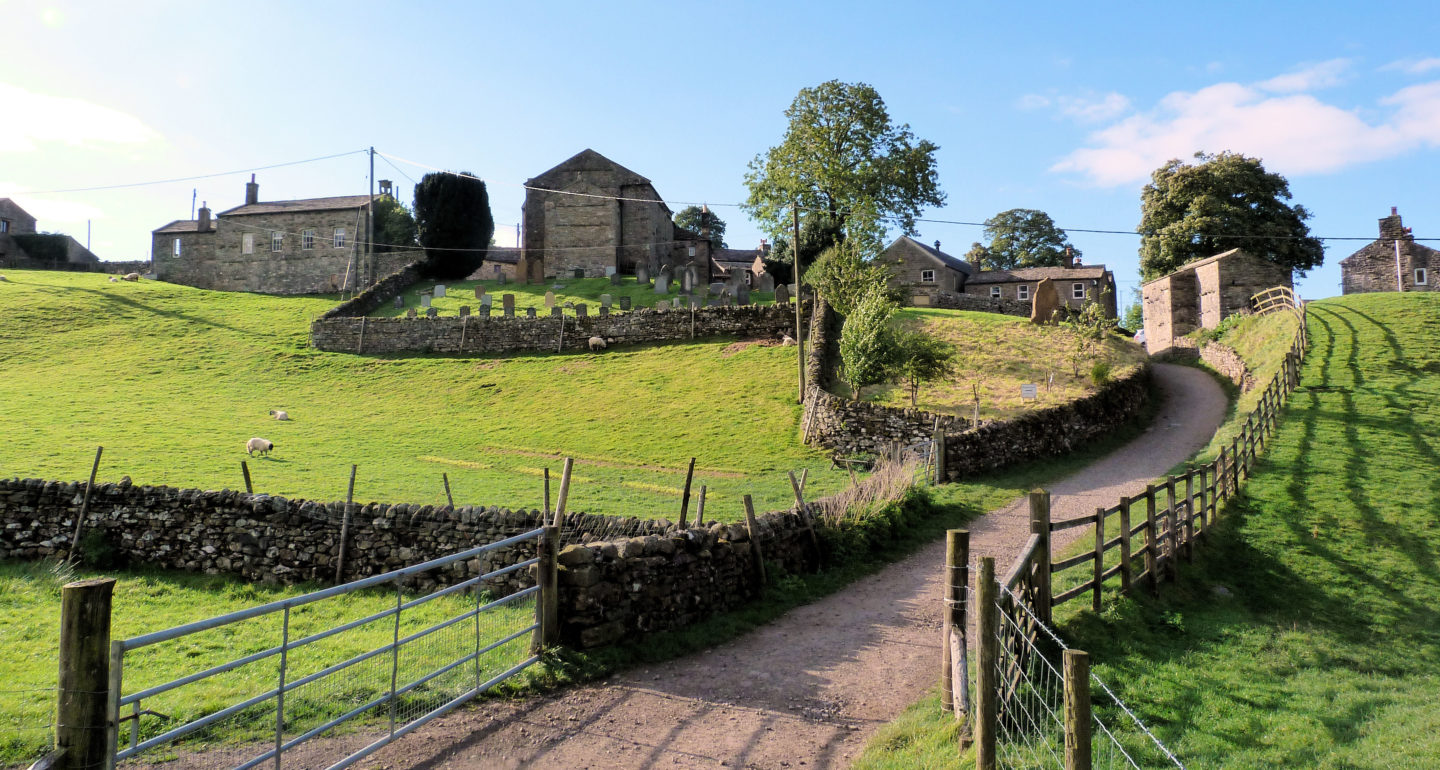 Take the bus in to Upper Swaledale and return via a walk from Keld to Reeth. Initially start beside the embryonic River Swale but then take to the moors where there are many reminders of the areas industrial past.

A reversal of one of the best sections of the Coast to Coast this high level Keld to Reeth walk is a roller coaster of barren wasted moors interspersed with deep cut river beds and industrial ruins. Lead mining was the dominant industry in the 19th century. As a result this walk passes many remains from the industry. Swaledale is renowned for being one of the best place in the country to view and understand the industry. The consequence however is the barren, almost moonscape landscape which remains. Away from the industrial landscape the moors are now the domain of grouse, moor hens and those who shoot them for sport.

There are many different pathways over the top and striking out in a generally easterly directions does mean it is difficult to get lost even when the clouds are down. It is on the descent as you walk alongside the ‘Old Gang’ that the views across Swaledale are most impressive.

Most of the walk is along wide landrover tracks which criss cross much of these moors. Even if they do not follow the most direct route, they will be the quickest and best to walk on.

Take the detour to the summit of Great Pinseat, it is the highest place in the area and the path is only a few metres distance. 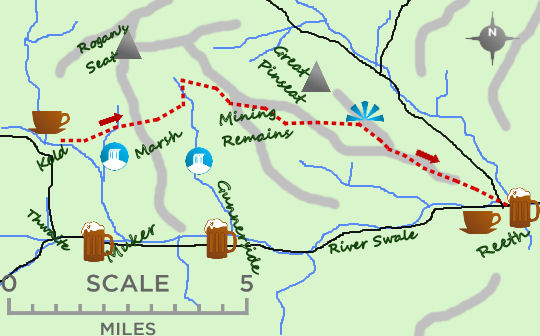 From Keld centre take the steep steps down to the river, cross the bridge to the north side and follow the path past Kisdon Force.

Good tracks or paths lead over the higher lands but not always in the correct direction . Just keep ain=iming roughly east and all will be revealed.

A cup of tea before you start and a choice of pubs in Reeth to finish is all there is, take plenty for the 11 miles inbetween.

Great Pinseat and the Old Gang