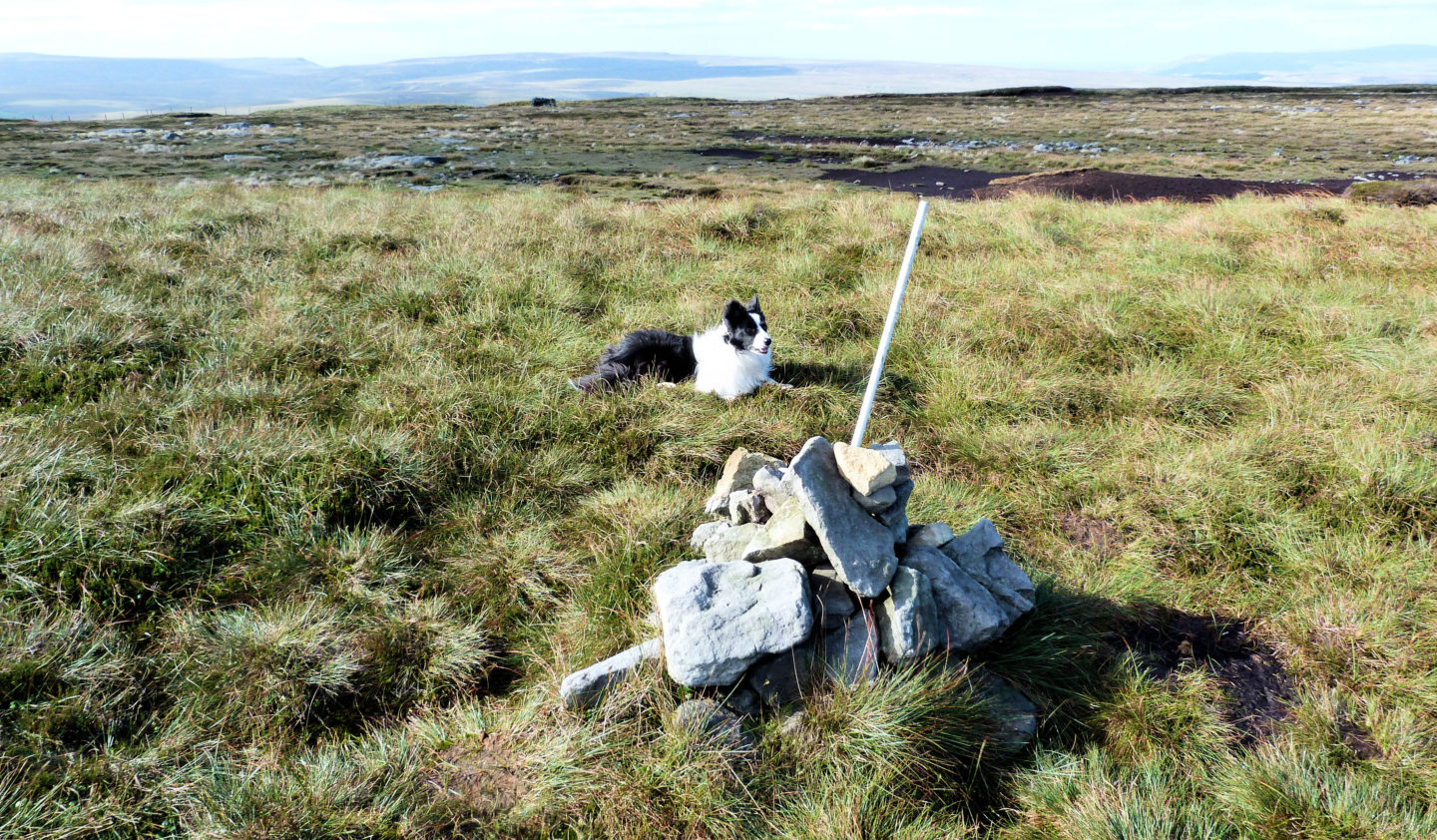 Rogan’s Seat lies within a large stretch of moorland in Upper Swaledale. The views are interesting rather than spectacular and the summit cairn a bit of a damp squib! The climb from Keld is best.

I first came across Rogan’s Seat whilst Marilyn bagging. I extended the excellent walk up Gunnerside Gill with twenty minutes of purgatory. The walk through rough wet peat bogs reached the insignificant cairn on the summit through perseverance and route finding rather than any pleasure. It was cloudy and with the car back at Gunnerside I repeated the trip back to the gill rather than take the easy, sensible land rover track. My feelings for Rogan’s Seat were somewhat tainted.

However I returned in 2016 from Keld and enjoyed an altogether more pleasant experience.  The lower grounds and climb up Swinner Beck was excellent. Although the landrover track to the summit was a little tedious it was at least straightforward. The moors hereabouts are fun for a while but tend to pall quite quickly. I was determined not to descend the same way to Keld so carried on the landrover track (soon becoming more off road!) in to East Gill. I stayed high here and it was not too long before I was able to drop back in to the pleasant surroundings of the Upper Swale. Walking along the side of East Gill is a complete contrast to the easy climb.

Rogan’s Seat is one of the Dales 30 Mountains

Keep high on the east banks of East Gill, there is an intermittent path which helps. The path (that is) keeps close to the contour line and makes the going easier.

There are a lot of landrover tracks on the Rogan’s Seat plateau. Even though they often do not offer the most direct route to the summit they are offer the quickest access. It is rarely worth leaving them. 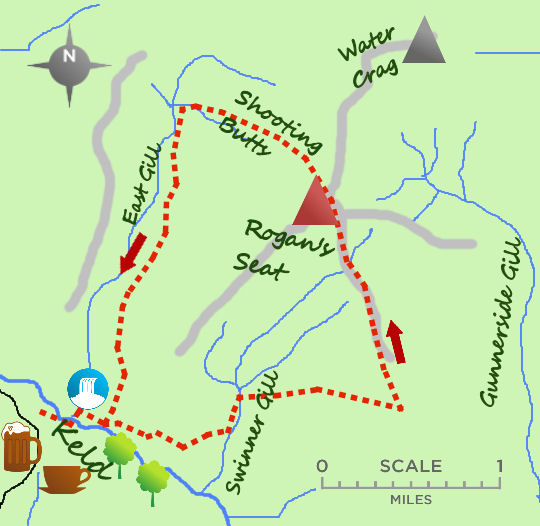 From the car park in Keld join the bridleway heading south west past the church. Cross the river and follow the bridleway past Kisdon Force

Good bridleways, paths and landrover track all the way to East Gill. The return from here is rough, the path is intermittent.

Keld Lodge is a pleasant spot for a pint and a meal and there is a small cafe in the centre of Keld which is nice in good weather.