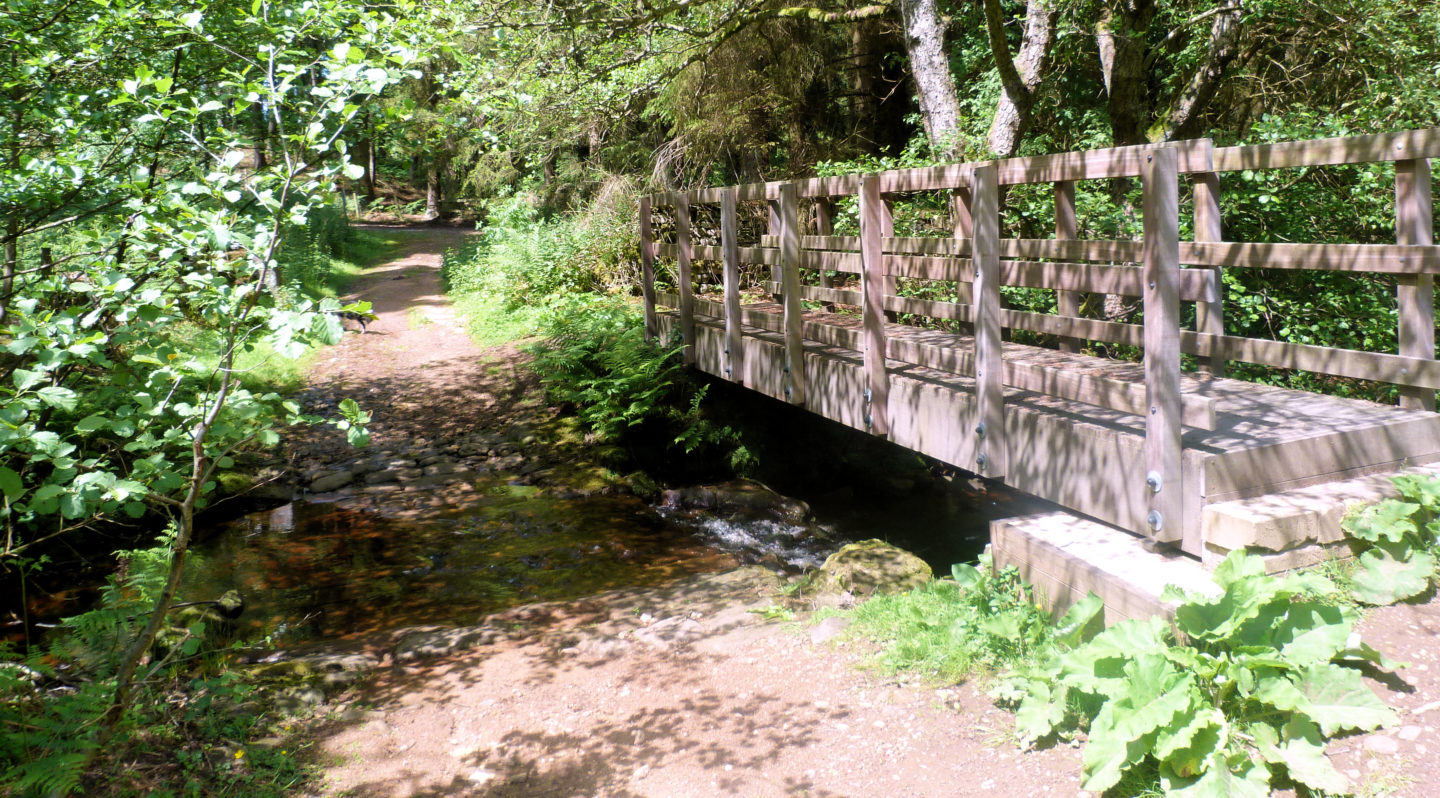 Dallowgill has some lovely walking along the river and through the woods. It is a forgotten part of the Dales that sits between Masham and Ripon but rarely walked. I tried it and discovered the lost world of Dallowgill.

Dallowgill is a beautiful wedge of woodland which lies three miles from Kirkby Malzeard and within easy access of Masham and Ripon. If, like me, you had never heard of the area before then I strongly recommend a visit. It takes someone in the know to recommend it, in my case the local hotelier. The small hamlet of Dallow (little more than an old hall and some cottages)  lies on the edge of the moorland. This large area of moorland stretches south west unbroken to Pateley Bridge. The woodland which cloaks the steep sides of the stream is a delight. Scots Pine live here neighbours to willow, larch and even some ancient oaks. The network of grass paths shows the trees off to great effect.

The views across the Vale of York stretch to Roseberry Topping and the escarpment of the Yorkshire Moors. In contrast nearer to home is Greygarth Monument (erected by locals to celebrate Queen Victoria’s Diamond Jubilee in 1897). The highest point can be reached by a ladder through its middle. In addition Dallow Hall and the wonderful church next to the outdoor centre are lovely. This is a land the time has thankfully passed by, enjoy it whilst you can.

The Crackpots Mosaic Trail offers a challenge to all. There are twenty two mosaics dotted over the moors which can be searched out (with some difficulty) and ticked off. They were made by locals in 1997 and are tend to be attached to strategically placed boulders.

To the west of the walk along the river the path leaves the riverside and climbs to the north on open slopes. It passes a number of fields and goes through walls. However because this is a bridlepath not a footpath there is always a gate to walk through. If it was a footpath then there would be an irritating number of awkward stiles to walk over.

On an O/S map a bridlepath is signified by long green dashes, a footpath by shorter green dashes. 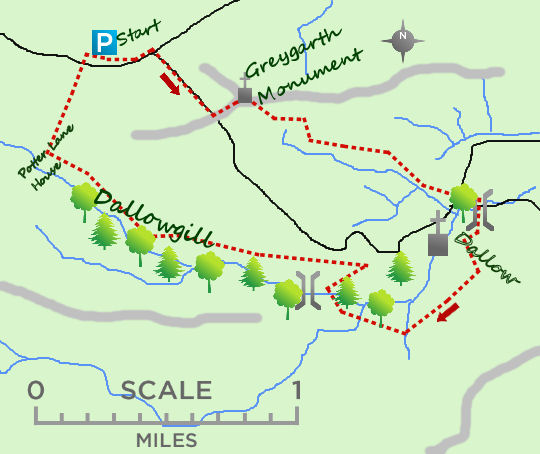 There is some parking on the moor. Head up the road for 250 yards before turning rights on the lane to Porter Lane Farm

Good lanes or paths even in the woods.