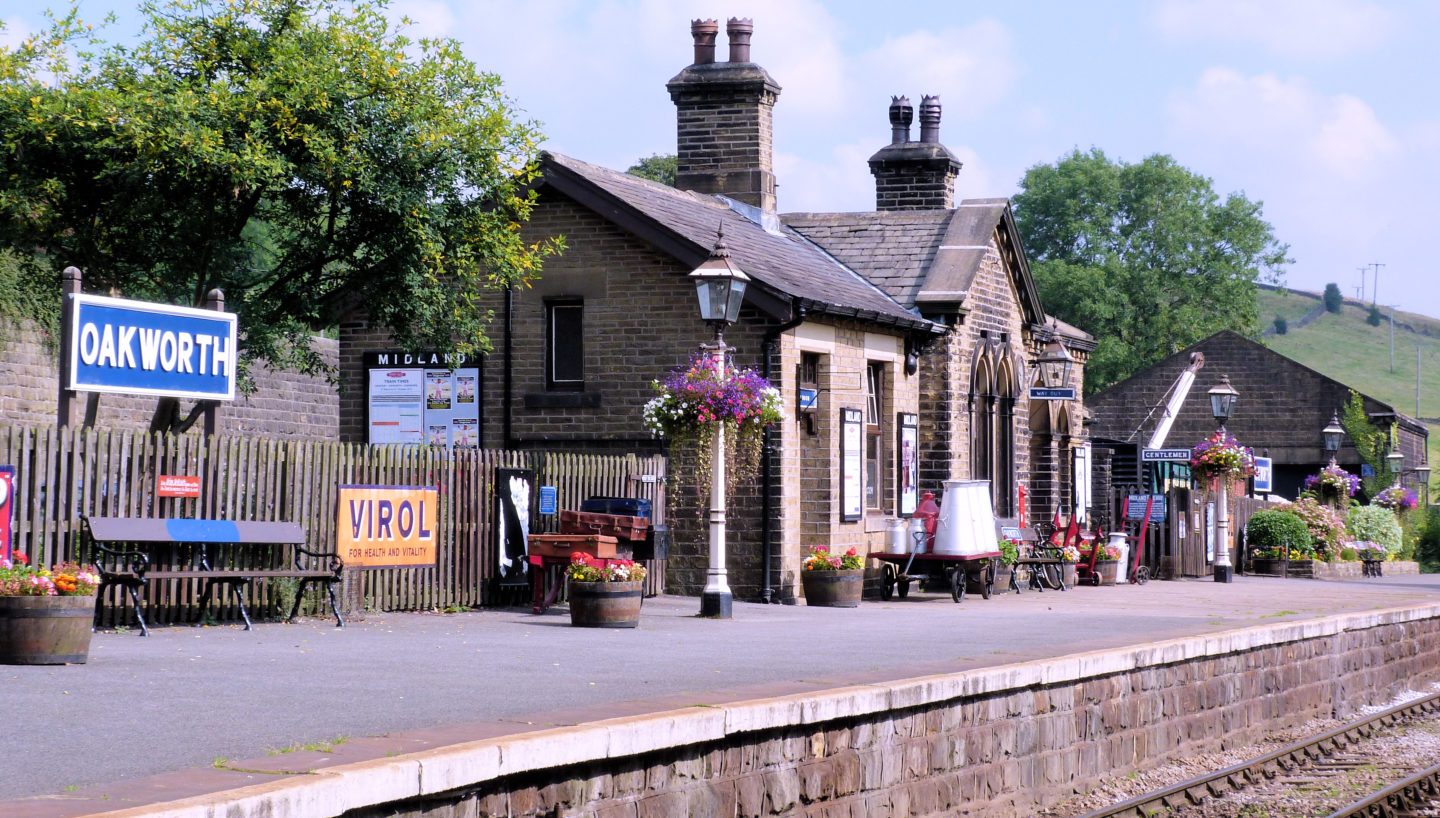 The Railway Children walk follows the many location where the famous book was filmed. It also discovers the village of Haworth and showcases the industrial heritage of the area.

I did enjoy the Railway Children as a child so it was with some interest that I headed out from Haworth to discover some of the locations and the inspiration for the film. The film may have been made 50 years ago. However the old fashioned, industrial flavour of the area means it is not difficult to transport yourself right back. The deep valley that Haworth is set in only adds to an authentic experience. It is rare that somewhere captures a film as well as this.

The walk itself is divided in to two parts. To start I headed off east towards Oakworth. Oakworth station is the location for many of the film’ s most iconic scenes. Also well represented is Mytholmes Tunnel. Unfortunately I missed the steam train by seconds at the tunnel which was a little irritating. The area around the tunnel has become a little over grown.

The second part of the walk takes you in to more open countryside, particularly when the route leaves the stream and railway. Climbing steeply past Bent’s House (the home for the children, ‘Three Chimneys’) suddenly the views down the Worth Valley open up. You can sense the joy the children must have felt when exploring the area. Even the cows were very (over) friendly. The walk ends by dropping in to Haworth past the Parsonage Museum (the home of the Bronte Sisters) to complete a genuinely literary walk. Must have done me good!

Pick up a leaflet from the station/Tourist Information or newsagent with the walk on that has details of each site that was used in the film.

Using a leaflet is also the easiest way to find your way around this walk, better than an O/S map. 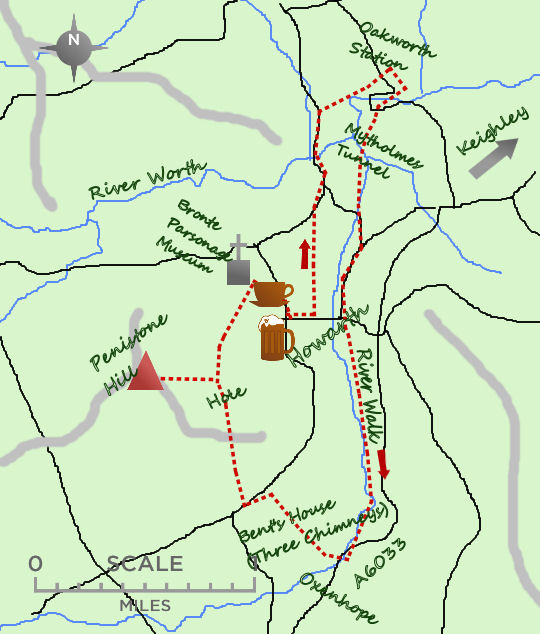 From the car park walk to the cobbled centre of Haworth, turn down hill and join the walk on Butt Lane heading east.

There are many cafes and pubs in the centre of Haworth tailored for the visitor.