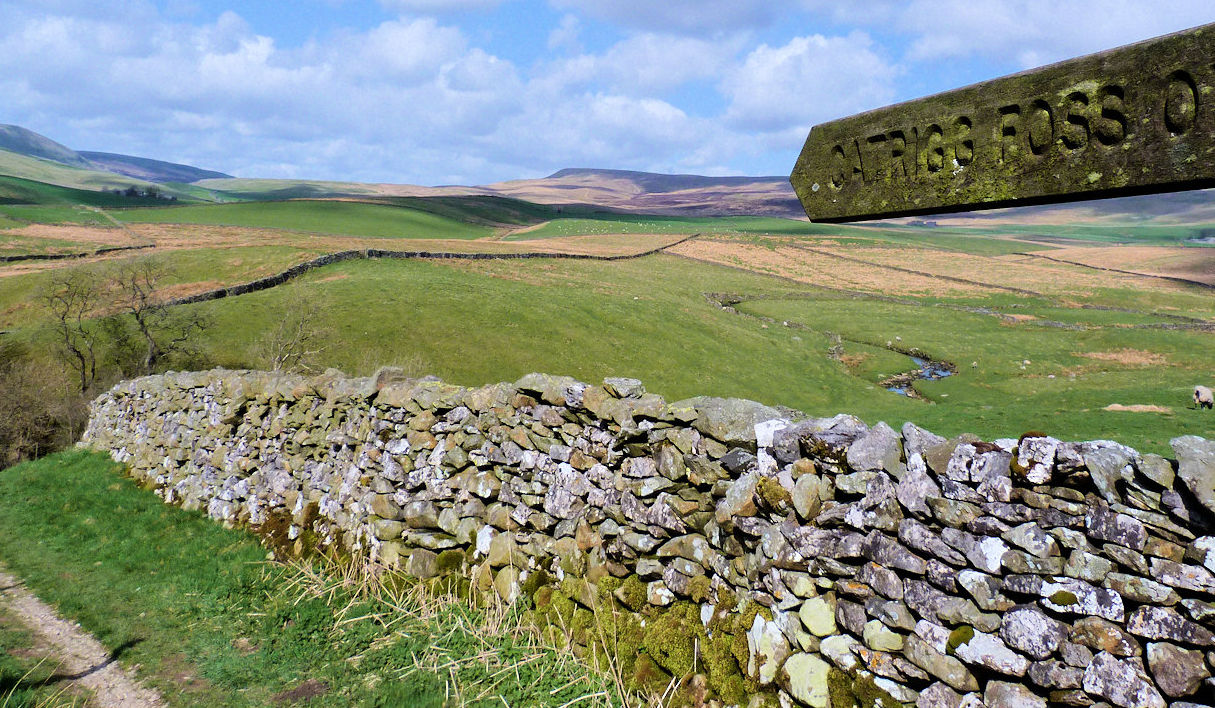 Settle and the River Ribble

There are a number of lovely villages near Settle and the River Ribble. There are also two excellent waterfalls, dramatic limestone scenery and isolated farms on the higher sections of the walk.

There is so much to see around Settle and the River Ribble it is difficult to include all in a single walk. However this one goes close. It takes in two lovely villages (Langcliffe and Stainforth), two waterfalls (Stainforth and Catrigg Force), the remains of the 19th century cotton industry, all amongst stunning limestone scenery. I prefer starting at Settle and heading initially along the valley floor. Pass through quaint Langcliffe with its large village green and lovely church before carrying on to Stainforth. There are some well preserved lime kilns and the Settle to Carlisle railway is a constant companion. You may ever see a steam train. Stainforth owes much of its history to nearby Sawley Abbey and still retains its character today.

From Stainforth there is a steep climb to Catrigg Force, which is well worth the short detour. As you climb the views north over Pen y Ghent and Fountain’s Fell offer ample excuses to stop and stare. I particularly love the high level section past Victoria Cave and Attermire Scar. The final descent may be a bit of a relief but it is also a highlight. The views over Settle to the Forest of Bowland and beyond are wonderful.

Navigation Tips on the Settle walk

On arriving at the road beyond Winskill Farm, turn right over the cattle grid. From here leave the road and take the green path uphill. This is not very well marked on the map but follow it over a stile to the track near Victoria Cave. 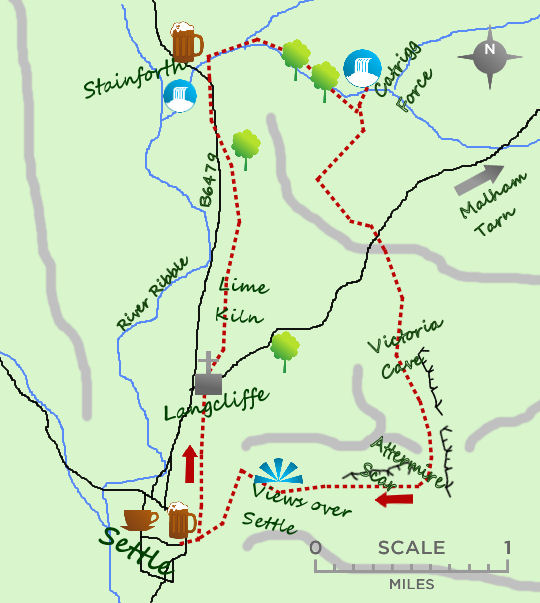 Park anywhere in Settle but the walk starts from the market place.

Settle has many tea shops and pubs. Try and avoid the temptation though of a pint of Thwaites at the Craven Heifer at Stainforth unless you decide to start and finish here!