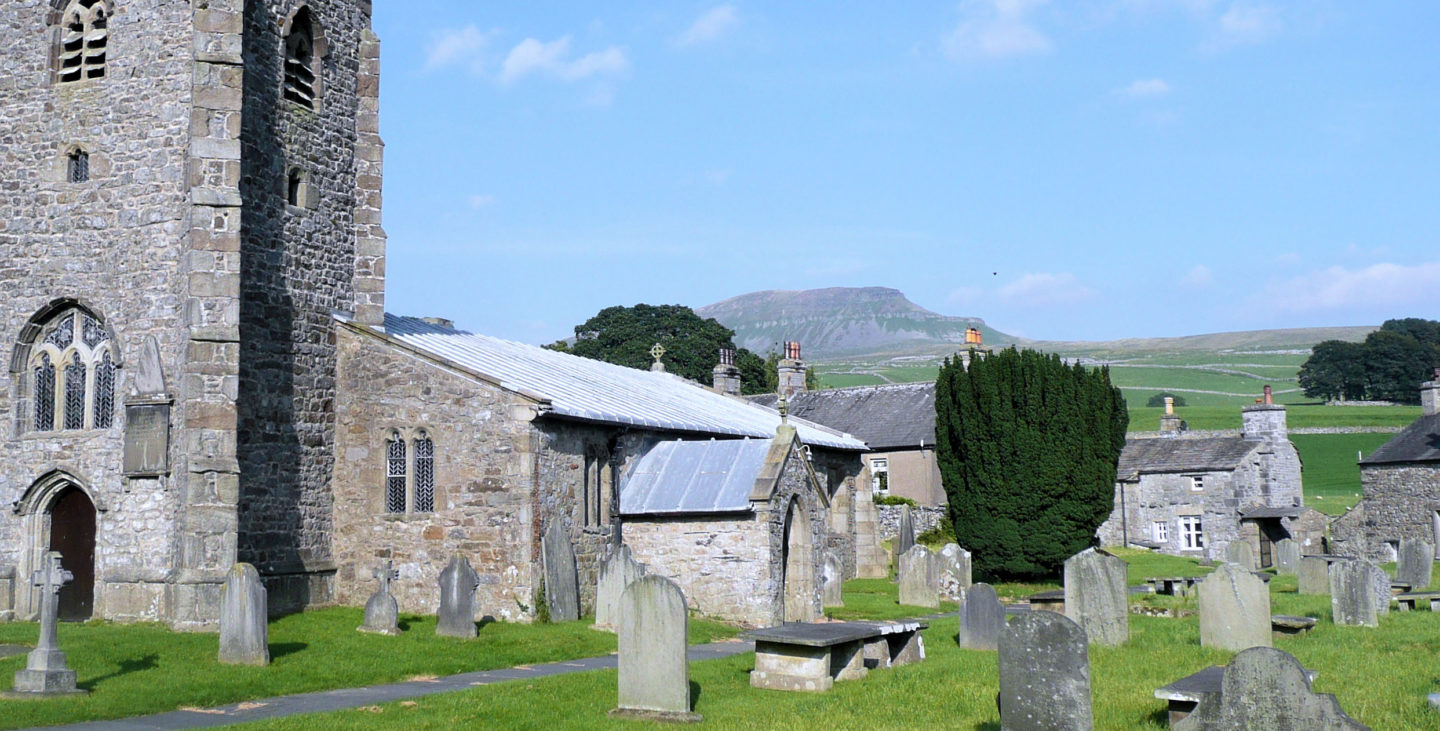 There are many alternatives in this one way walk from Horton to Settle. A high level route via Pen-y-Ghent or a riverside stroll along the River Ribble give two. There is a third which heads west towards Feizor.

Practically any walk from the lovely Settle to Carlisle railway is worthwhile. However from Horton back to Settle there is a choice of two, maybe even three excellent walks. Pen y Ghent is relatively straightforward is part of a high level route. However the most popular walk is to follow the Ribble Way all the way down to Settle. The route passes the mills of Ribblesdale, an important part of the history of the Yorkshire Dales.

One thing that I do recommend on the low level walk is not to stick to the route via the river all the way but to take some detours. The small hamlet of Feizor over a lovely stretch of limestone is one such extension. In addition cross the river at Stainforth and climb to Catrigg Force. There is also the lime kilns near Langcliffe which are on the opposite side of the River Ribble on the approach to Settle. It is walking country par excellence and aside form the quarry near Stainforth it is all attractive, varied and very interesting.

This walk really should be done twice. One low and one high level. However for those wanting an even greater challenge take in Ingleborough as well by starting the walk at Ribblehead. The full details are here.

The trains from Settle to Horton are roughly 2 hours apart. They leave Settle Train station arriving at Horton 10 minutes later.

Navigation Tips on the Horton to Settle walk

The GPX details refer to Horton to Settle low level via Feizor. It is the most complicated of the routes. 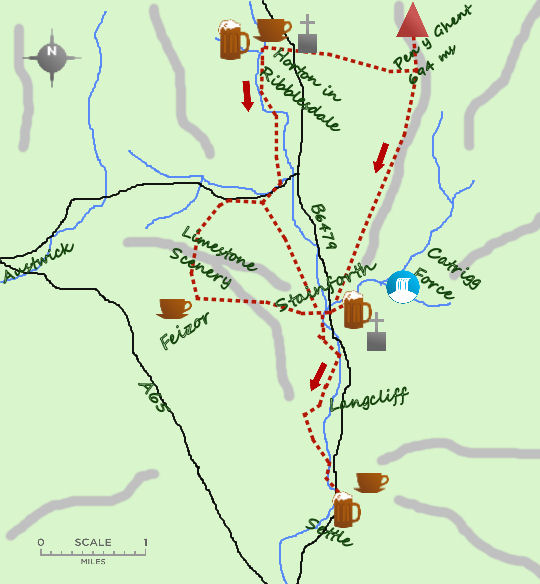 Following the Ribble Way is straightforward and the walk to Feizor is on good limestone paths.

The pub in Stainforth and the tea shop at Feizor both offer highly enjoyable breaks to the walk. Visit the cafe when taking the lower route and the pub after descending from Pen y Ghent!

Settle and the River Ribble