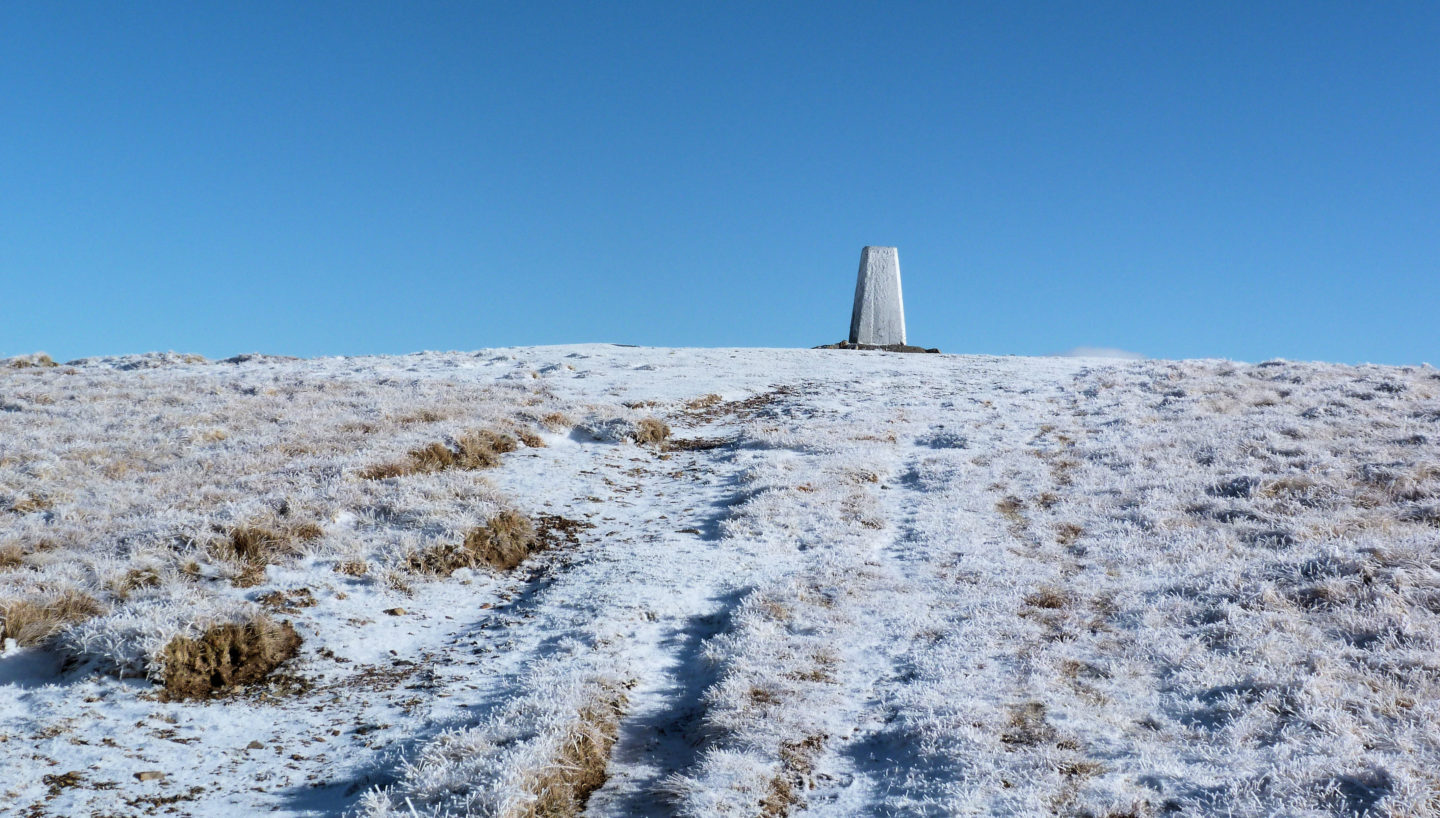 The waterfall of Cautley Spout is a fine way to approach the Calf, the highest summit on the Howgill mountain range. The Cross Keys Temperance Inn makes an obvious starting point.

Cautley Spout is the largest waterfall in England (a few claim this title) with a total drop of 650 feet. Approaching up the valley the waterfall appears as a great gash in a wall of rock. It makes you ponder how you are going to get up, fortunately there is a steep path sticking close to the falls. At the top of the Spout I crossed the stream and took the faint path skirting the crags of Cautley.

This is easily the best route to the summit of the Calf. Do not head directly for the summit from the top of Cautley Spout, it is tedious. The summit of the Calf is nothing special however the descent via Bowderdale is excellent and needs care. I am not sure why I find Bowderdale a little spooky but I do. Possibly it was due to arriving in near darkness on my first visit. The rain was also starting to fall and I did not fancy an extended stay, I ran!

In the late 1970s a very young Jonathan used to visit his brother who was at school at Sedbergh. All I remember about those trips was having a family ‘tea’ at the Cross Keys inn on the Sunday we left. Later I viewed the Howgills more from the M6 as I sped north to the Lake District and Scotland but I was not attracted by what I saw, albeit from a distance. It looked a little tame. However time passed and I could ignore the area no longer. I have now climbed the Calf via Cautley Spout many times. Once testing the Howgills you will want to explore further.

The Calf and Calders are 2 of the Dales 30 Mountains

For those, like me, who are obsessed with ticking peaks Yarlside is a steep 700 foot haul from Bowderdale, for those who care less about the summits forget it! 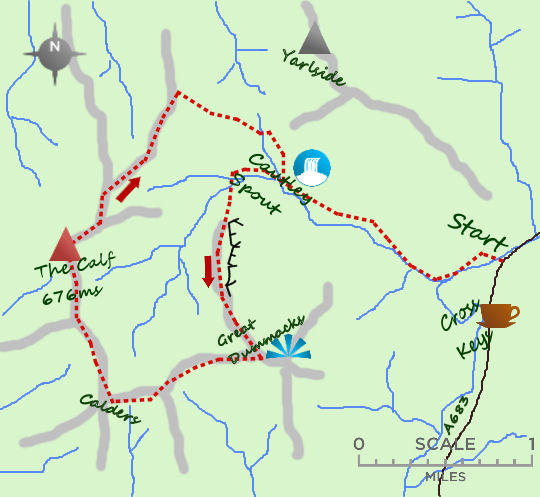 Park on the road near the Cross Keys (space available) and head for the little bridge over the river.

Fine up the re-built path up Cautley Spout but be sure to cross on the ridge above Cautley Crags for the best possible circuit (see picture). Trackless up Yarlside.

I have eaten many a 'high tea' at the isolated Cross Keys pub and remember it in different days. Now it is a National Trust Temperence Inn with excellent food but clearly no beer (except Mon/Tue when closed).