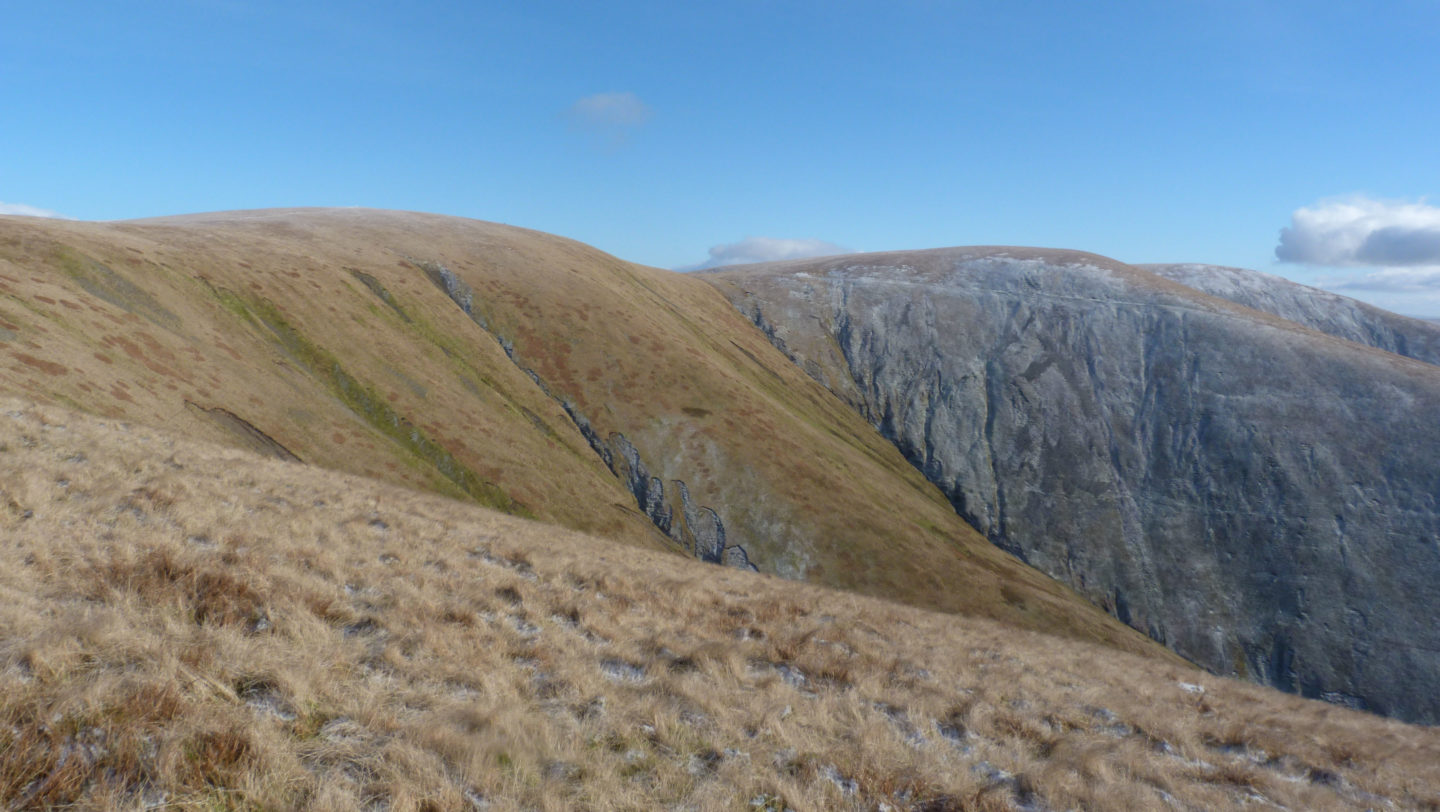 The Lonely Howgills describes the main walk down the spine of the Howgill fells. This walk climbs steeply to Winder, on to Calders and the Calf before returning along the flanks of the Howgills to Sedbergh.

Walking along the Howgills is like walking in the Far Eastern or Northern fells of the Lakes. I coined the phrase The Lonely Howgills because of the sense of freedom and release that walking (with or without company) along the long, wide ridges give. It is a real joy. The hills may look uninteresting from a distance, as they have no rocky outcrops or dramatic summits, but the long grassy ridge have excellent long distance views over the Eden Valley and into Lakeland proper. The geographical location also means that they are often ignored. The M6 cuts a deep pass through the Howgills but motorists rarely stop and explore its delights, preferring the more famous and dramatic lands to the west.

Sedbergh (the town of the Howgills) calls itself the Book Town with good reason. The most fabulous range of second hand book shops exist and it is definitely worth a browse in one or two of them. The walk itself contrasts the wonderfully straightforward walking along the high plateau with a return on an excellent lower fell side path above the River Rawthey. Between these two distinct phases to the walk is the dramatic waterfall at Cautley Spout, reputedly the highest waterfall in Britain. Whether it is the highest it is certainly dramatic and adds considerably to the walk. I certainly feel I now know and appreciate the appeal of this unspoilt part of the country.

The Calf and Calders are 2 of the Dales 30 Mountains

Resist the charms of the Cross Keys Temperance Inn which is at the foot of Cautley Spout. However return to try the cakes another day.

The Lonely Howgills is one of the best 20 walks in the Yorkshire Dales.

Navigation Tips on the Howgills

Its unusual for our uplands to not have any boundaries (walls/fences/hedges) to aid navigation. The fell wall as it is called in the Howgills case is very low, only one rogue fence exists higher up. 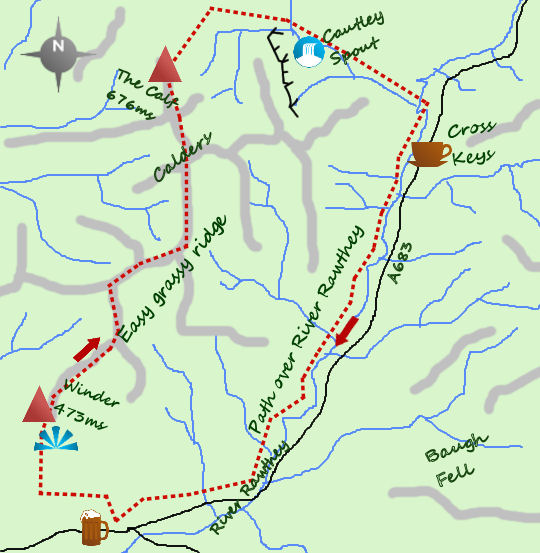 There is plenty of parking in Sedbergh. The route up Winder is up Howgill Lane and through Lockbank Farm.

Excellent walking over the tops on mainly short grass, the route up Winder is steep but clear and the return via the low fellside path surprisingly good with great views.

There is a wide choice of eating and drinking in Sedbergh; good as well and more reasonably priced than some more commercialised places. Leave some time to browse the book shops.