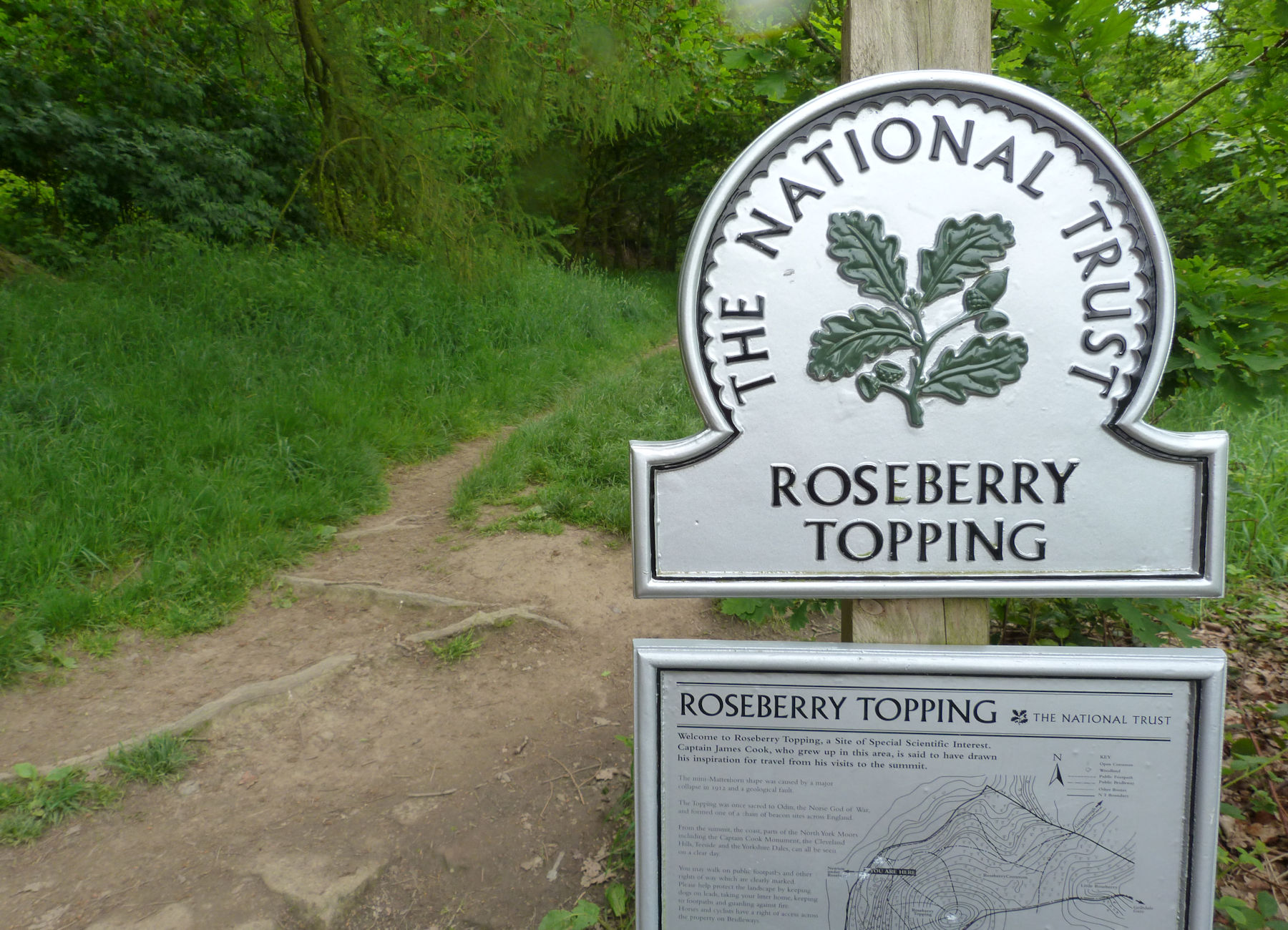 An iconic small but distinct hill stands proud and detached from the main North York Moors. The walk up Roseberry Topping is highly enjoyable and includes a short scramble but the views across the moors and north to the sea make it worthwhile.

Roseberry Topping is a wonderful little hill (1050 feet of hard sandstone) full of character. It is a distinctive landmark, sandwiched as it is between industrial Teesside and the North York Moors. I first climbed the ‘Matterhorn of Middlesborough’ on a cloudy summer’s day from the car park near Great Ayton. It is thoroughly enjoyable from start to finish (if a little steep). In particular the smart little summit is a perfect viewing point for all that lies around. I actually climbed the western slopes and returned via the east. However there are so many routes up I recommend you just pick whichever takes your fancy. It is almost impossible to get lost.

It is the hard sandstone cap which creates its distinctive shape by protecting the clays and shales below. Over the years many distinguished visitors have climbed to its summit but none were so affected by it as Captain James Cook. Living nearby at Airey Holme Farm its rugged slopes surely gave him a good taste for some of his adventure to come.

I don’t offer too many warnings but beware the summit cliff, particularly with children or in my case the dog.

Navigation Tips on a walk up Roseberry Topping

From the summit head north for a varied descent.

Take a compass up Roseberry Topping and practice taking bearings of places and landmarks. In particular take a bearing of Captain Cook’s Monument (155 degrees) from your map. Then look across to the monument. This technique is useful when the cloud is down (which it wont be here) and you are unable to see where you want to go. It may well prove useful on the higher moors beyond. 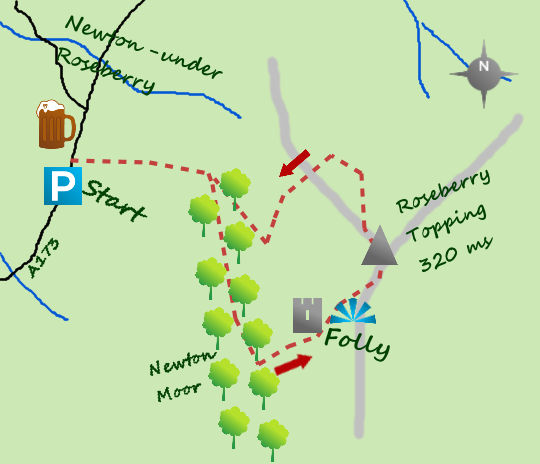 Roseberry Topping is riddled with good paths, I have suggested my favourite route but do choose yours!

The King's Head is closely linked with Roseberry Topping, just at its foot serving good food and a pint or tea for various thirsty tastes 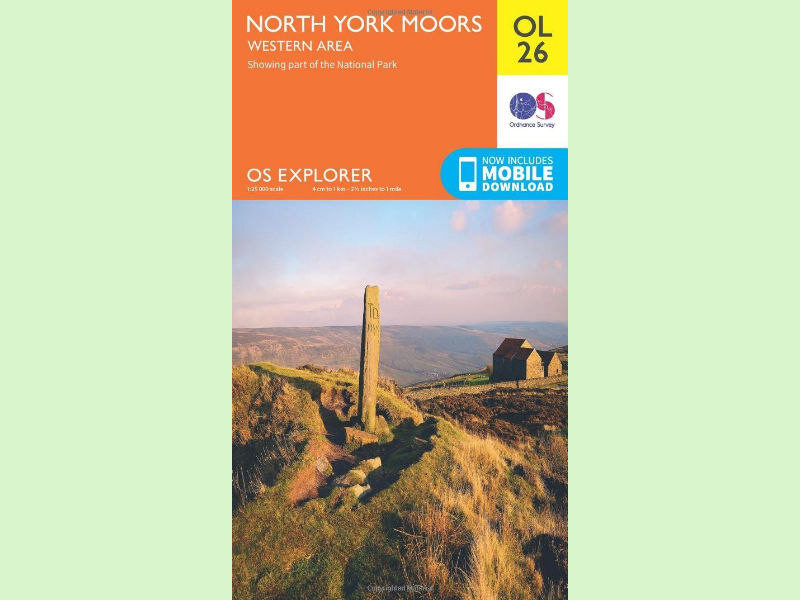