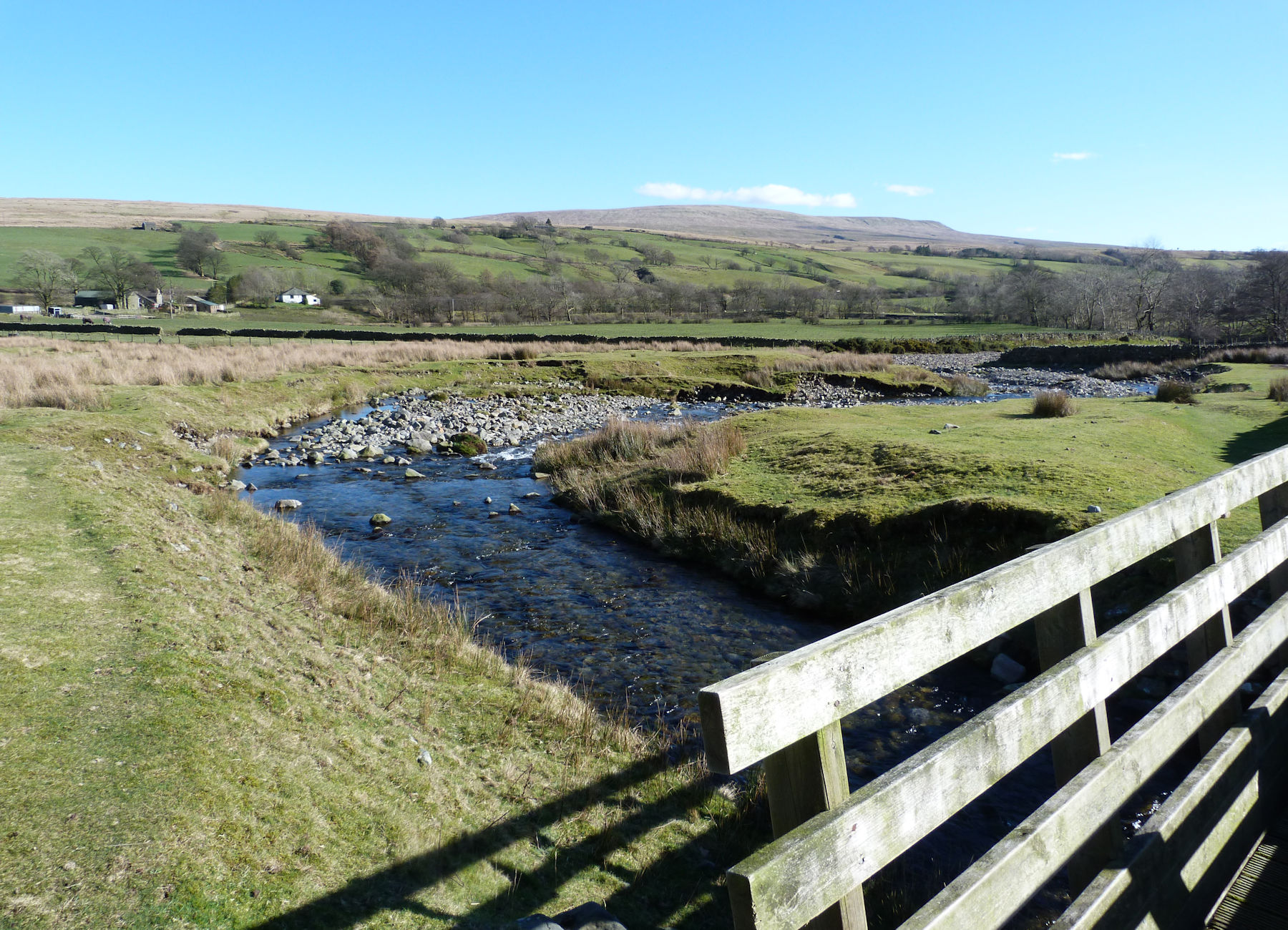 The Sedbergh ten mile, sometimes known as the ‘Wilson run’ after Bernard Wilson who first started the race. It is nationally recognised as a great and challenging school run.

The Wilson Run is only open to walkers on Ten Mile day, usually a Tuesday in March and the school organises a walk/run round the course in the morning. Enquiries should be made to Sedbergh School or Where2walk. The route is described by my brother Barry.

“I was at school at Sedbergh and have never had any doubt that the Sedbergh ‘ten mile’ course is the best cross country course in Britain and probably the world. It also makes a fine walk. However I had not been round the course since I left school in 1973. Therefore it was time for one more go and on ‘ten mile’ day this year the sun was shining.

I drove to Sedbergh and met a fellow old Sedberghian in the car park who had just completed the course. Follow the Orange flags, he said, and when they disappear soon after Cautley, aim for Plantation. Good advice, as it turned out.

I set off from outside Lupton House and ran east along the road, turning off at Ten Mile lane and soon reaching Green Hill, the sun shining. However a chilly wind blowing in from the east. Green Hill was bigger and steeper than I remembered and I was soon walking. A steep muddy path led down to Thursgill and this was followed by a long and equally steep slog up the other side. I jogged along a path wending its way pleasantly through the bracken and finally descended to Cautley. Now for the most difficult section over Baugh Fell.

The orange flags disappeared as I made my way onto Baugh Fell but soon the familiar sight of Plantation appeared and I ran slowly towards it. There is a path over this section but I didn’t find it. Past Plantation now and back on the path to ‘Muddy Slide’ and Spectators Hill. I cut right to miss Muddy Slide and then walked as fast as I could up the other side. Downhill now as I made my way to Danny Bridge. It was a pleasant road run from there and I managed to get back in a time of just under two hours. Feeling chuffed I retired to the local coffee shop.

Later I watched the race and I have to say it was fast. I was standing at Library Corner when Jonny Campbell shot past, narrowly missing a van, and powered down the final straight beating the record by two seconds (his time was 1 hour and 8 minutes). A fantastic achievement, particularly as the record has only been beaten once since 1899, the golden age of Pumphries and Grandage.

If you cannot make the ‘official’ date have a look at the walks described below. On these gain a taste for the Wilson run. 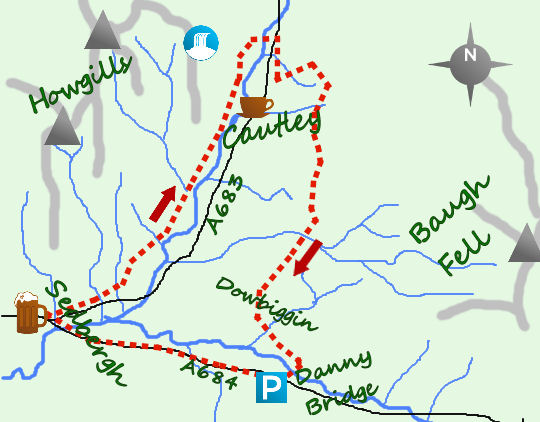 Rough on the fells

Sedbergh has a good range of cafes and pubs