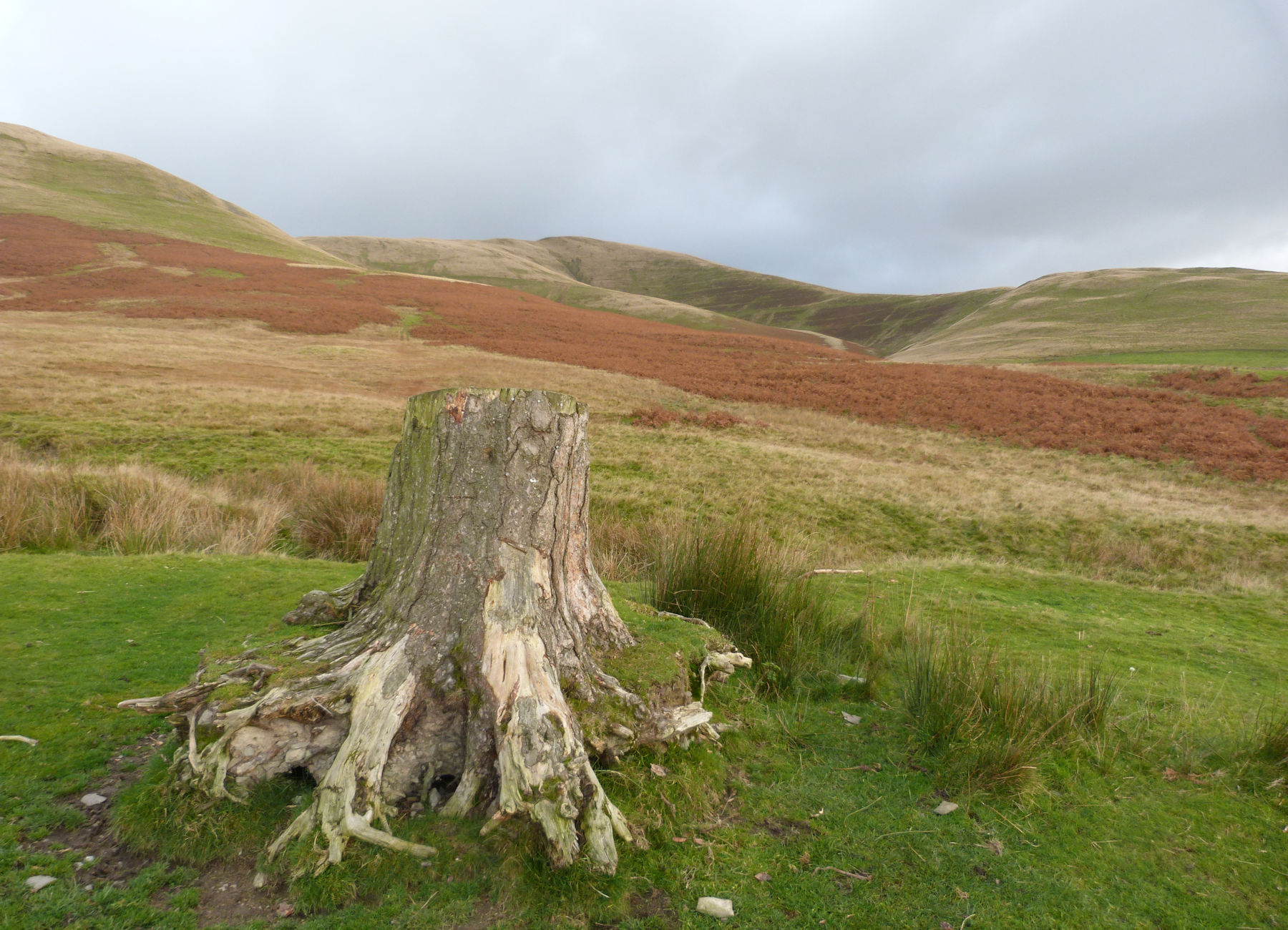 Fell Head in the Howgills

Fell Head is a graceful mountain on the western edge of the Howgills. There are extensive views over the M6 to the eastern Lakeland fells. The climb is a pleasure and it is easy to extend the walk towards the Calf.

Many times as I have driven north on the M6 my eyes have strayed to the right and on to the graceful peaks of the western Howgills. Looking from the car I never saw anyone on their steep slopes (aside from one farmer and his sheepdog). Despite this there was a number paths leading up the slopes to a number of high ridges. I had no ideas what the names of the fells or what they were like. However when the name Fell Head cropped up as one of the Dales 30 it made for a good excuse to visit!

The half day was great. It is a steep climb from Howgill Lane in the Lune Valley which led me to Fell Head in no time at all. There was plenty of time to head along the ridge to the Calf and back (two km distant). The walking on these ridges is genuinely wonderful. It is surely the easiest and one of the best walking in the entire north of England. The temptation is to go on and on but I was in a hurry so I hurried down the steep slopes back to the car. The M6 does not really effect this walk although when I was there there is a dull drone particularly on the decent.

Fell Head is one of the Dales 30 Mountains

There have always been wild horses on the slopes of Fell Head when I have climbed it. They are perfectly docile and simply ignore the walker. I even had a dog. Keep your eyes peeled for them.

One of the drawbacks of walking in the Howgills is the lack of walls or fences on the upper slopes to act as a marker. The ‘Fell Wall’ is low down so all navigation must be done on compass bearings and slope angles. 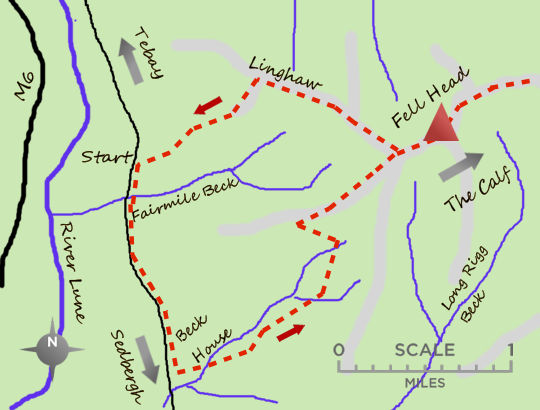 100 ms north of the Fairmile Beck there is a large parking area next to an old tree stump. From here head south along the road for 2kms and then take the signposted footpath on your left towards Beck House

Steep in places but excellent walking throughout. Stick to the ridges and shoulders of the mountains.