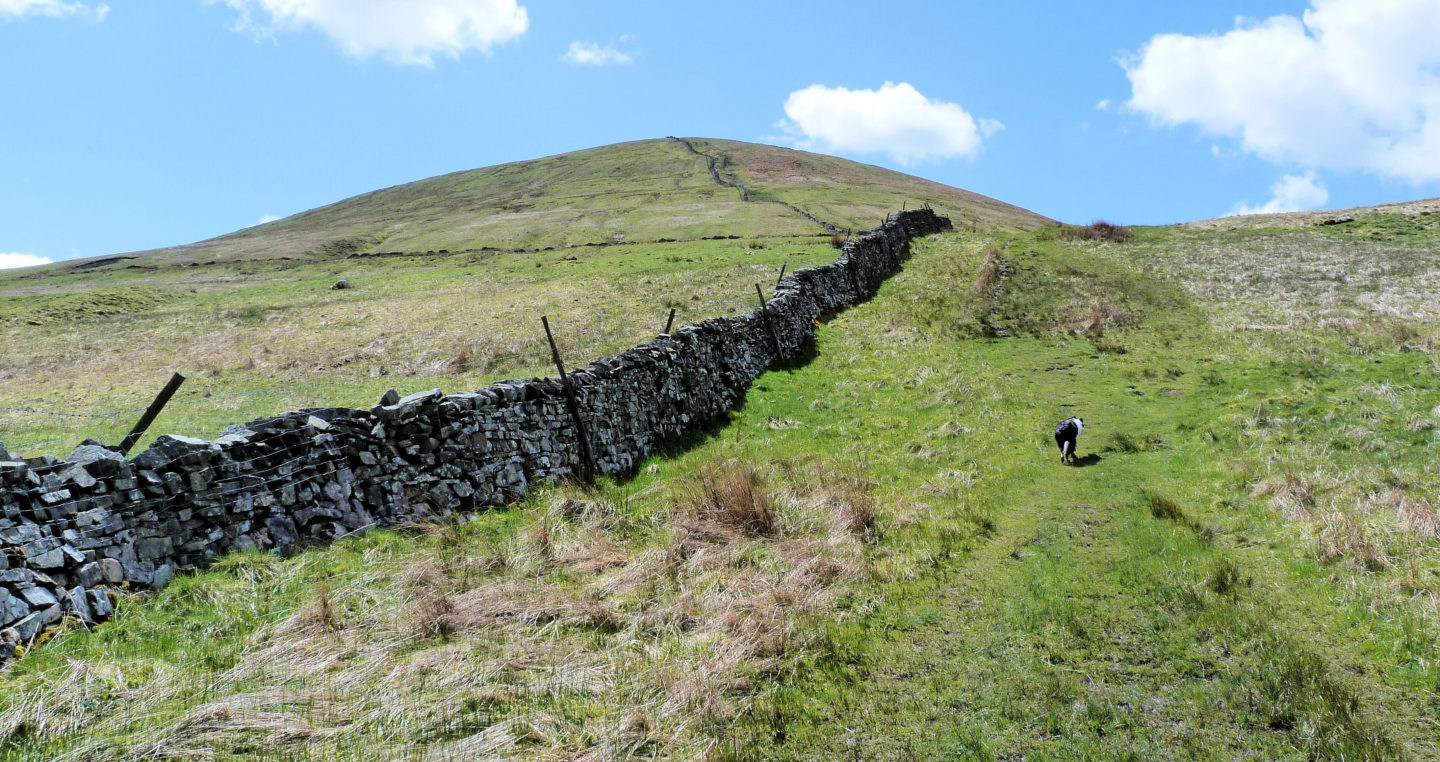 Take the train from Horton and then walk from Ribblehead to Horton via Ingleborough. The path over Park Fell and Simon Fell is rarely used although the descent to Horton is extremely popular.

An interesting yet little used route up Ingleborough leaves Ribblehead a few hundred metres to the south of the road junction and climbs steeply up Park Fell. Taking in some of the lower summits of Ingleborough it is one of the finest and interesting routes to the main top. This is partly because the route avoids the erosion on many of the paths. In addition there are also outstanding views across Ribblehead viaduct and on to Whernside. The descent to Horton however follows the popular 3 Peaks route. The five miles is however along a good path (rough to begin with). The gradient is gradual, the path passes some wonderful limestone pavements and it is arrow straight with views over Pen y Ghent and beyond.

There is an alternative lower route to the east of the road which will return you to Horton. However it is best to only use this when the weather is poor.

Before you start take some time to wander up to Ribblehead viaduct and read about its incredible history and how it was built. In particular how entire Victorian villages grew up when the railway was being built.

The train leaves Horton at 8.58 or 10.31 Mon to Sat (2020 but do check) taking less than 10 minutes to Ribblehead. However the service does leave from Leeds originally passing Skipton so it is possible to do the walk from either place avoiding having to take the car as far as Horton. The final train varies back to Leeds but is after 6pm.

Navigation Tips on the Ribblehead to Horton walk

After passing Park Fell the obvious path leaves the wall and keeps to the northern edge. This offers the most direct route to Ingleborough. However if you want to summit Simon Fell (one of the Dales 30) enroute stick to the wall. 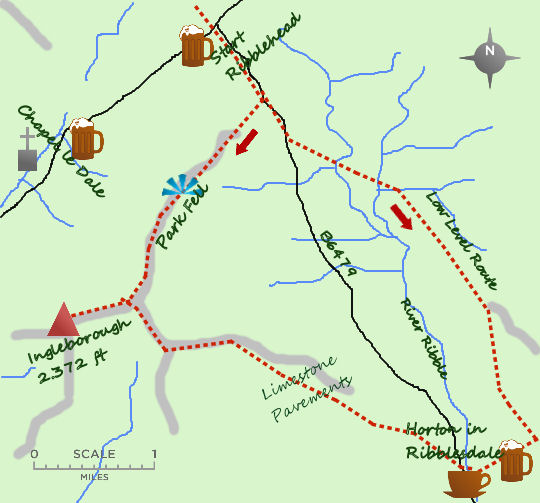 From the road junction walk for nearly a kilometer (1/2 a mile) towards Horton and then take the farm track to the right which soon leads on to the fellside.

Easy walking on largely good limestone paths. The summit of Ingleborough can be a confusing play in the mist.