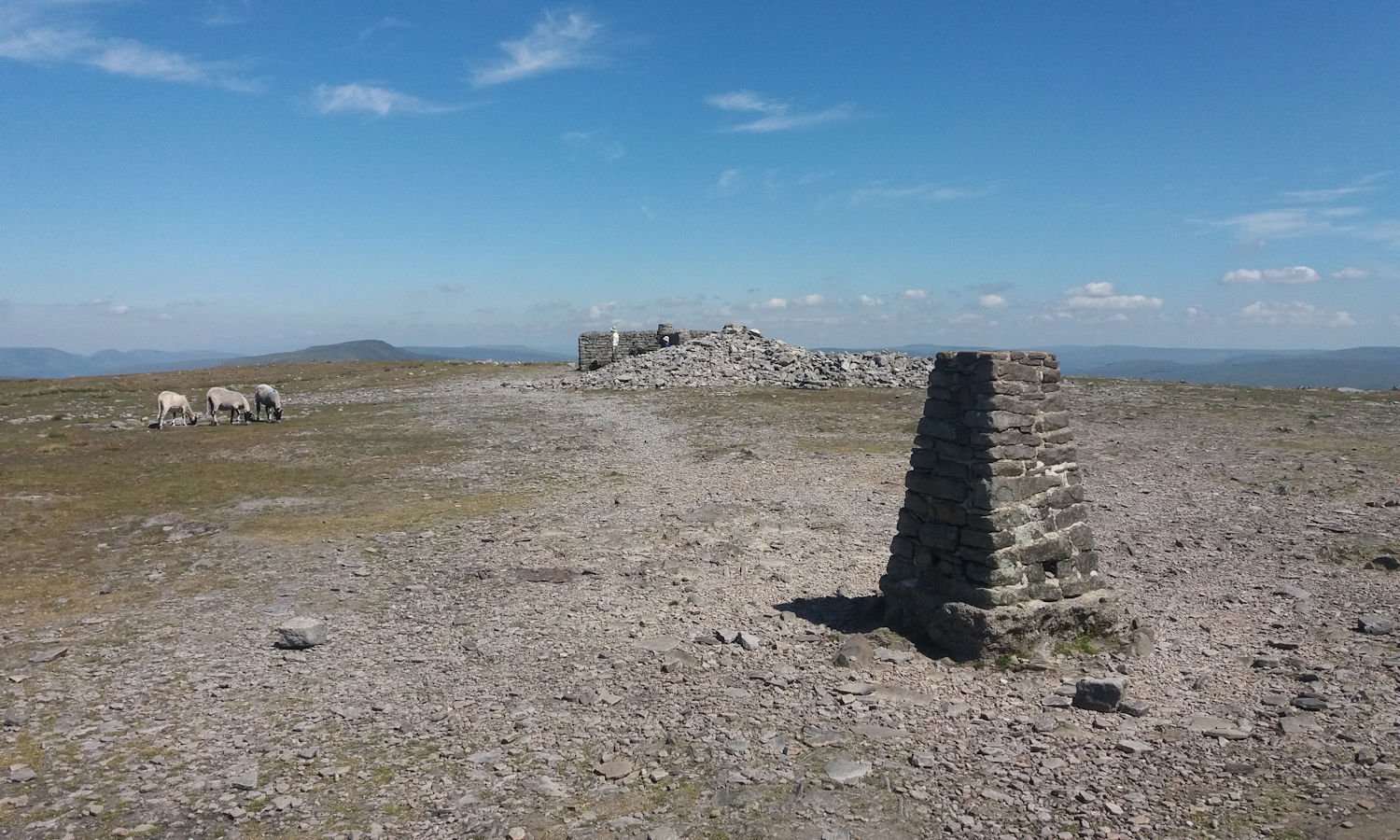 The climb of Ingleborough from Clapham one of the finest walks in the Yorkshire Dales. The ascent is full of interest and the descent takes you through some of the finest limestone pavements around.

I believe that the climb of Ingleborough from Clapham via Trow Gill and Gaping Gill is by far the best way up the mountain. The descent through the limestone pavements turns this walk in a classic. There are two other popular routes up Ingleborough from Ingleton and Ribblehead. However neither are as satisfying as this one.

The underlying geology of Ingleborough makes the mountain unique. The limestone bedrock offers a variety of caves, dry rivers, pavements and scars, all of which can be seen on this walk. The millstone grit cap of hard impermeable rock creates the distinctive summit shape. Gaping Gill offers a perfect example of this unique landscape. In one example a mountain stream disappears in to Gaping Gill, drops through a myriad of of caves before reappearing at Ingleborough Cave. A second example shows the perfect limestone pavement of the Ingleborough Nature Reserve which will leave indelible memories for all. In addition Trow Gill on the lower slopes is a cleft between the rock formed when melted ice forced its way down thousands of years ago.

Away from the rock the highway from Little Ingleborough to the summit plateau is really enjoyable. It is a relaxed place and perfect to enjoy views across the River Lune to the West and Pen y Ghent, to the East. The first part of the descent is via the tradition Yorkshire 3 Peaks path to Horton. It is quite rough. However when leaving the track on the return the walking becomes a delight. The paths are grassy and pleasant.

Ingleborough is one of the Dales 30 Mountains and this walk is one of my favourite 25 in the Dales.

The safest and only way to make the descent and ascent of Gaping Gill is to visit during May and August bank holidays. In 2019 two of the local potholing clubs set up a winch and pulley system. I was fortunate enough to be lowered in a few years ago. It is an extraordinary place, the size of a cathedral, and well worth it.

From Clapham do pay the £1 voluntary fee to pass through Clapham woods to start the walk rather than take the bridlepath. The summit of Ingleborough can be a confusing place. On emerging on the summit plateau it is 250 metres to the main cairn just south of west.

On leaving the 3 Peaks descent make sure you do not miss the path which returns to Clapham. It is at Nick Pot, 769737, and is signposted. 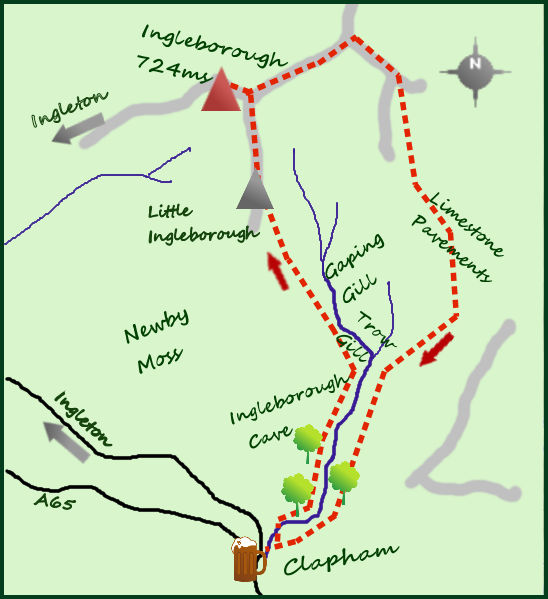 There is a large car park in the centre of Clapham.

Height 2372'. A very obvious ascent on a major bridleway with the section from Gaping Gill to Little Ingleborough a major example of repairing a seriously eroded path. The initial descent is via the 3 Peaks Challenge route and even the path through the limestone pavements is easy to follow.

The New Inn is an excellent Dales pub and there is also a cafe in the village.