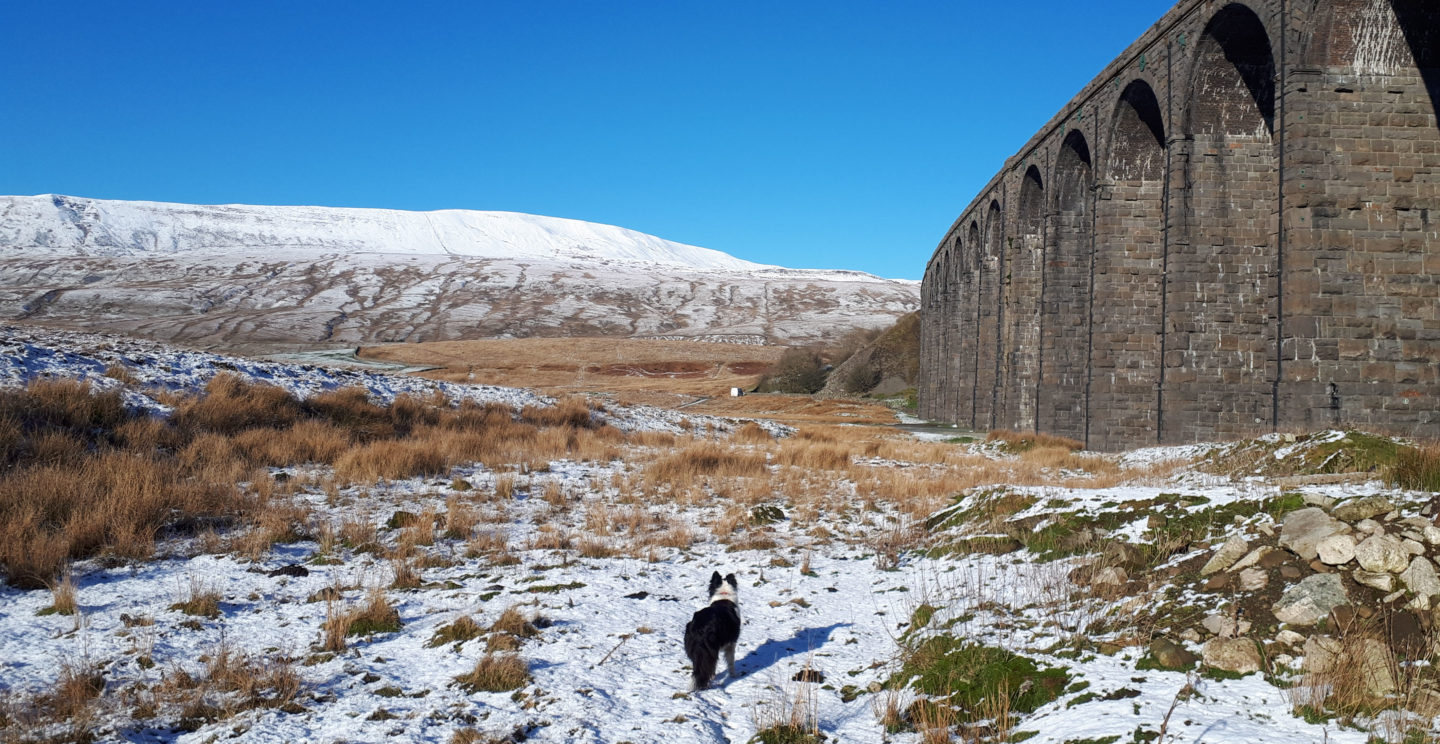 The climb of Whernside from Ribblehead is one of the most popular walks in the Yorkshire Dales. Any walk combining the superb viaduct at Ribblehead with the highest point in Yorkshire must be good.

There are two excellent ways of climbing Whernside. One option is to head for Dent and climb Whernside from there. However the most popular and well known is the classic climb from the world famous viaduct at Ribblehead. One of those massive Victorian age construction projects, the Ribblehead Viaduct was completed in 1870. The bare facts of 24 arches, up to 104 foot high barely disguises the dangers of such a construction; workers died to such an extent that the project paid for an expansion of the local graveyard at to accommodate those who had died.

From the viaduct the route follows the railway tracks to Blea Moor Tunnel, another Victorian masterpiece. From the tunnel climb the mountain. Fortunately the path from the half way stile has been completely relaid mainly with stone slabs taken from the old cotton mills. This avoids the horrific peak hags that populate the upper slopes. The summit ridge though is a delight and the views impressive in all directions.

The descent of Whernside is steep. There has always been some controversy about the erosion and potential dangers of a fall. However in 2018 the path was repaired and it is certainly better than it was. I must admit I thought it may have been re-routed to flatter ground but it was not to be. As a result the path needs some care but is compensated lower down by some lovely views over to Ingleborough.

Whernside is one of the Dales 30 Mountains

As part of the Yorkshire 3 peaks challenge Whernside can become extremely busy, particularly from 12 to 2 on a Saturday. This is when the majority of the people on the challenge will arrive assuming they started at Horton. However there are no satisfactory alternative routes that avoid the crowds so it is maybe best to arrive early or late.

Navigation Tips on Whernside from Ribblehead

Having completed the descent at the first farm take an immediate left and follow the path (marked as a hay meadow). Do not stay on the main farm track. On this path keep steep land to your left until you reach the railway. 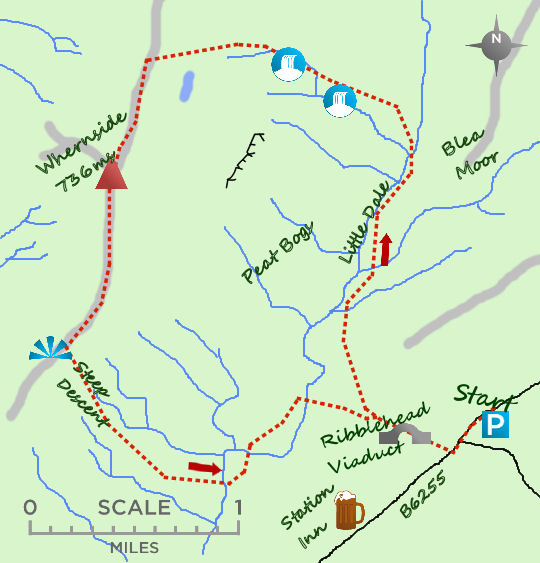 There is plenty of roadside parking at Ribblehead. The best route is anticlockwise, following the rail track on the east side past Bleamoor Sidings.

Much of the walk is on well paved footpaths. This is particularly welcoming through the peat on the climb. Even though the descent has been recently repaired (2019) it is still very awkward, particularly in the wet.

The Station Inn at Ribblehead correctly describes itself as a traditional Yorkshire pub, bleak in winter but always welcoming...at least to me!