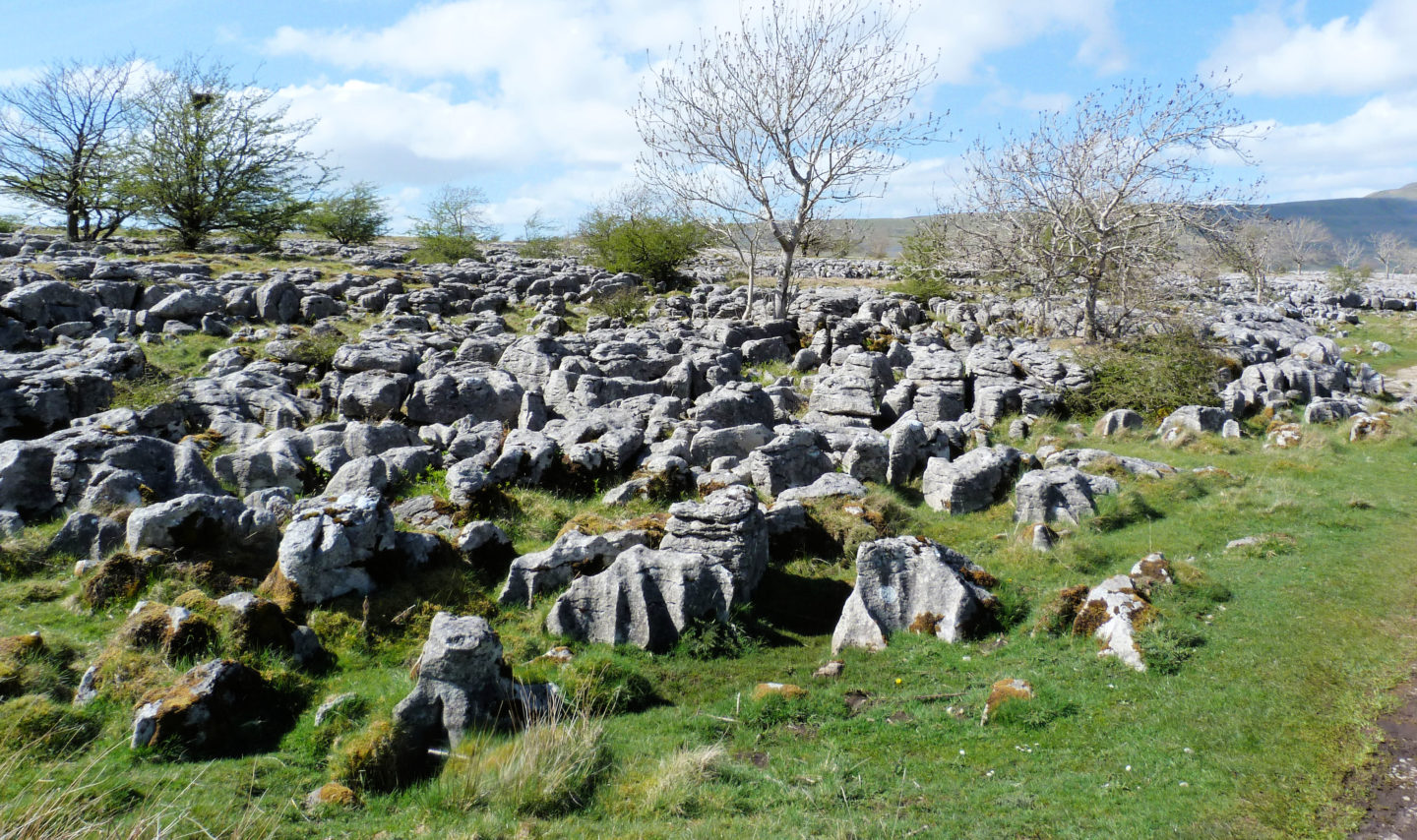 The climb of Ingleborough from Ribblehead starts on the steep slopes of Park Fell. From here the going is good. In addition take it the Dales 30 peak of Simon Fell before heading for the summit plateau of Ingleborough.

In my opinion this is the second best route to the summit of Ingleborough. It is preferable to the direct climb from Ingleton but for sustained interest the walk from Clapham via Gaping Gill is best. However this is still one of the must do walks in the Yorkshire Dales. I tackled the long grassy slopes via Park Fell and Simon Fell, steep initially but soon easy and surprisingly dry. After the initial steep descent from Ingleborough the walk through the limestone pavements is a real delight, a place which reveals the character of this part of the Dales as well as anything. Show any visitor and they will leave with a real feel of what the Dales is about.

It was a beautiful, early summer’s day. The warm breeze adding to a feel of tranquility and laziness which had appeared to overcome some walkers who were nearing the summit. The only downside to the walk are the stretches of road at the start and finish of the walk. However the return road section can be avoided (refer to the Navigation Tips below). The weather was good when I first did this walk but on subsequent visits the cloud has rolled in.

Ingleborough and Simon Fell are both Dales 30 Mountains

The other two routes up Ingleborough are described below. It is a mountain to enjoy with repeated visits.

Navigation Tips for Ingleborough from Ribblehead

Rather than complete the walk along the road, head towards the viaduct in the lands under Whernside. There is a network of paths and farm tracks which will take you there. 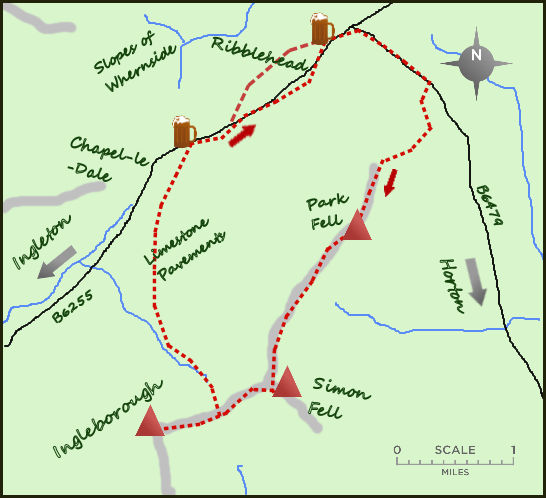 There is plenty of parking on the road side at the road junction at Ribblehead. Head south on the road towards Horton till the fotpath to the right after 1 km.

Generally good on grass with the popular descent now all repaired...excellent job lads!

The Station Inn at Ribblehead is justifiably popular, in my opinion better than the Old Hill Inn at Chapel le Dale.