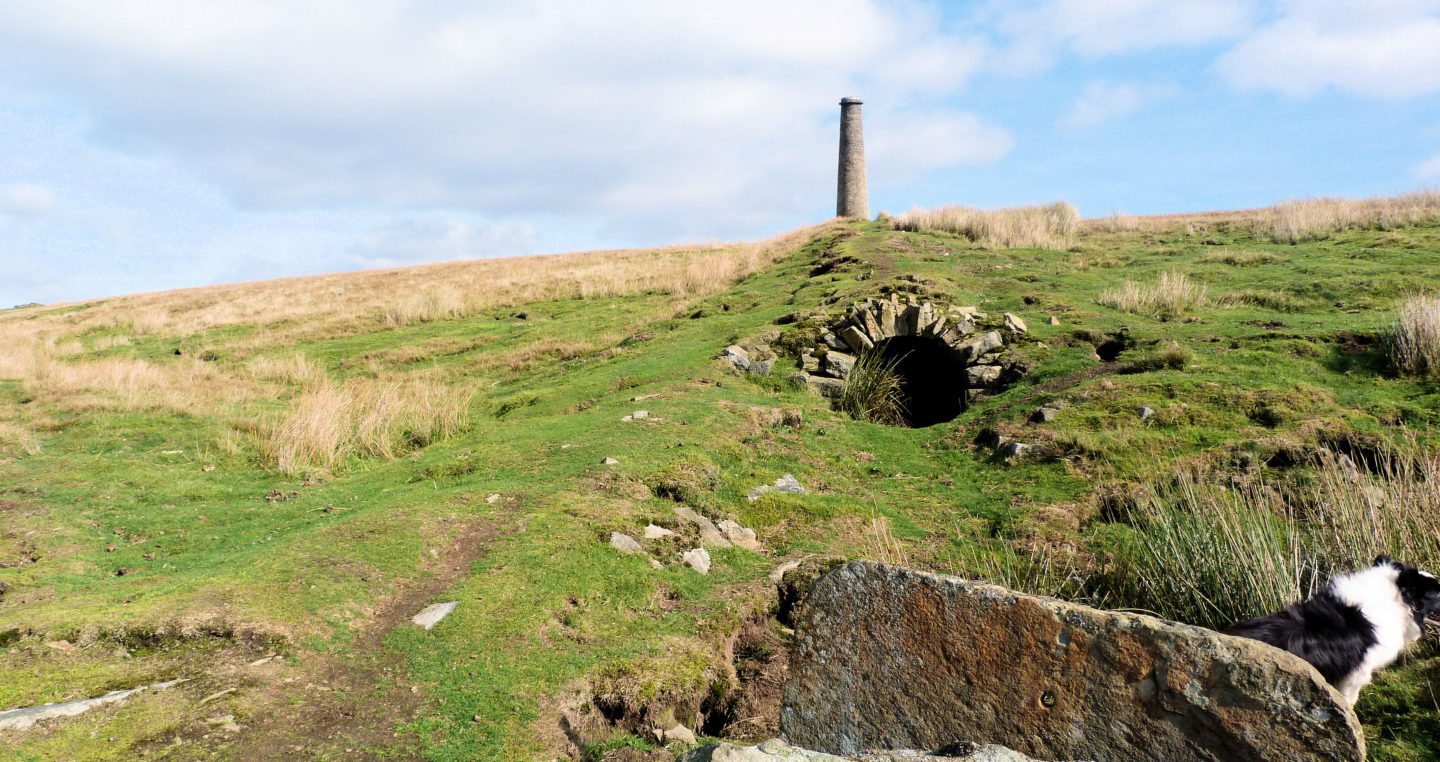 High above the village of Grassington lies Grassington Moor, a vast plateau of moorland which marked a large and well preserved lead mining centre. 1820 to 1870 marked the height of production and very busy it was too. The route carries on to the open moors with good views.

The industrial past of the Dales is a major factor on the landscape. Nowhere (outside Swaledale) is this more obvious than Grassington Moor. I wanted to see the chimney, flue and reservoir but there is a lot more to see and I spent longer than intended pottering around the area.
Having walked to Mossdale through the many spoil heaps and quarry remains I arrived at the limestone cliff face of Mossdale Scar. Here the stream disappears underground (a regular feature of this part of the Dales) and is the site of a 1967 disaster when 6 cavers were trapped and killed.
The return from Mossdale Scar is more typically Dales, a fine tramp over the moors with great views south to Simon’s Seat and Embsay Moor. End the walk on a farmers track.

There is a small well signposted tour around the mine remains with excellent information on the lead mining of the area and its workings. Take the detour!

The old lead mines offer some good tracks across the first part of the walk. However later faint paths abound, keep heading south and you will not go far wrong. 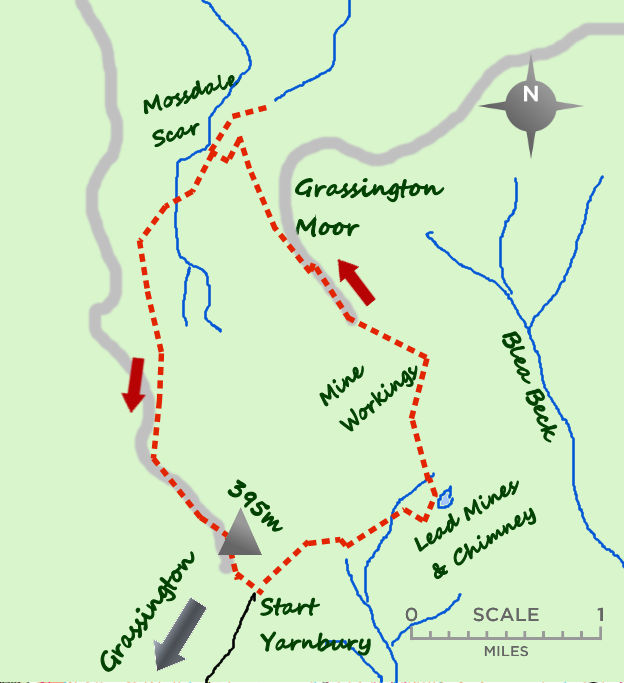 There is limited parking at the road end at Yarnbury. Alternatively walk the extra 1 1/2 miles from Grassington.

Excellent tracks throughout except for one section on a path after Mossdale Scar which may get muddy.

Grassington centre is 1 1/2 miles from Yarnbury with a good choice of pubs and cafes.