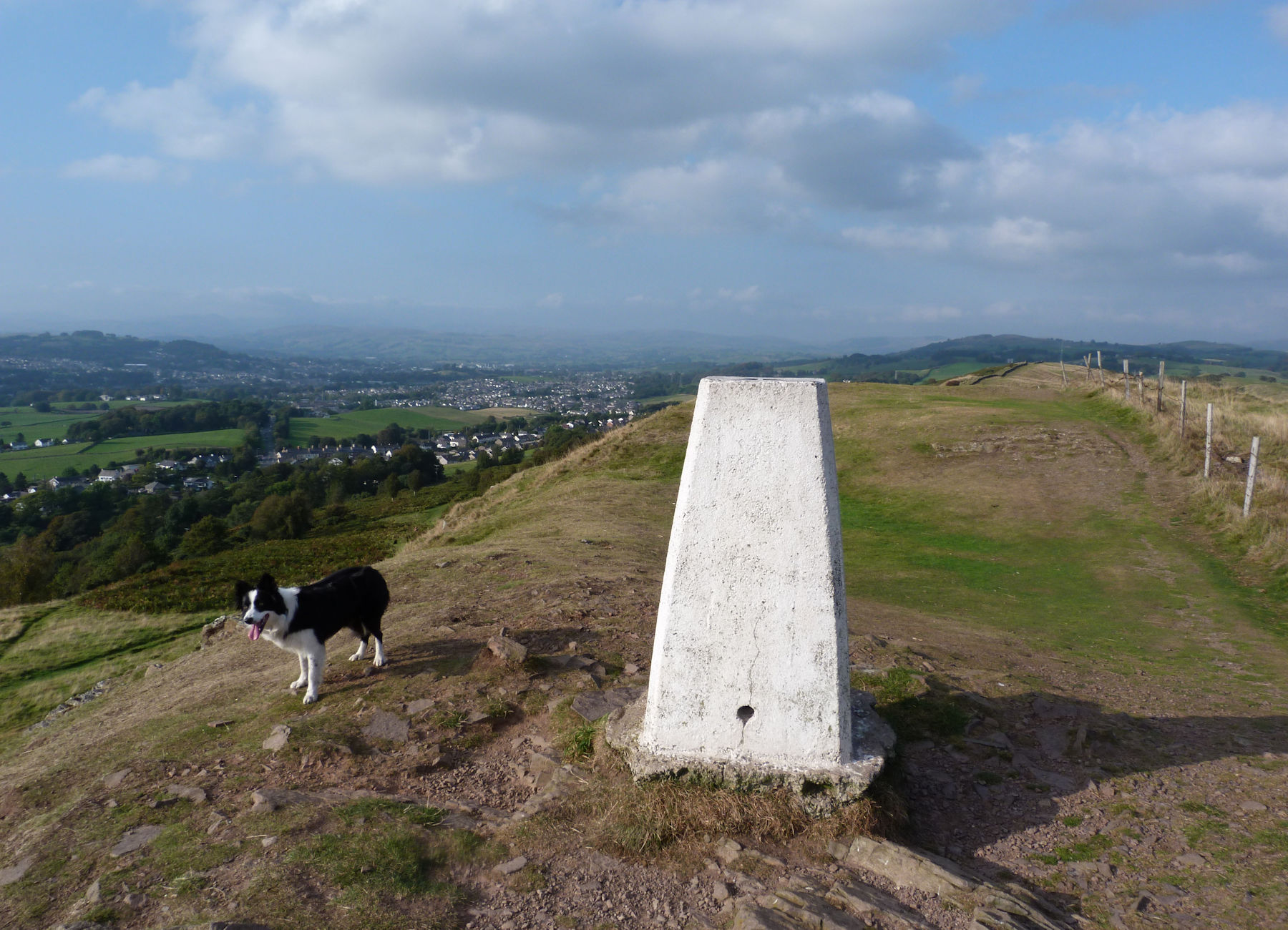 Home > Walks > The Helm at Oxenholme

The Helm at Oxenholme

The Helm at Oxenholme has a lovely whale back ridge with perfect under foot terrain. The views are dominated by Kendal itself but a glimpse at the Lakeland hills always brings a warm glow.

Maybe it was just the lovely summer’s evening, the great views, the myriad of paths through bracken or the fact that it was access land but I enjoyed the short walk so much I felt I could retire nearby. I could picture myself walking the dog over The Helm on a daily basis, in all weather and in every condition. Even the pub at Barrows Green is good. Oxenholme is of course best known locally as the access point to the Lake District when arriving by train. A smaller branch route heads in to Windermere from the main West Coast line.

There is an old iron age fort on the summit. Built by the Ancient Britain there is a suspicion that many other ancients enjoyed the Lakeland views. The ridge itself is a mile long which offers plenty of time to enjoy them. Kendal itself is particularly well profiled. It fills the valley before the higher Lakeland fells start to emerge beyond. However it is also possible to see the Cumbrian Pennines and Northern Dales. Indulge yourself in this miniature mile of Lake District.

On the main west coast rail route why not hop off between trains at Oxenholme and enjoy this touch of Lakeland paradise.

Navigational Tips on the Helm from Oxenholme

There is access land to the west but not to the east of the Helm. It is one of the quirks of the system. For those who do not know, Access Land is signified by shaded yellow background on O/S maps. As a walker you can go anywhere on such shaded land but not where it has white background. 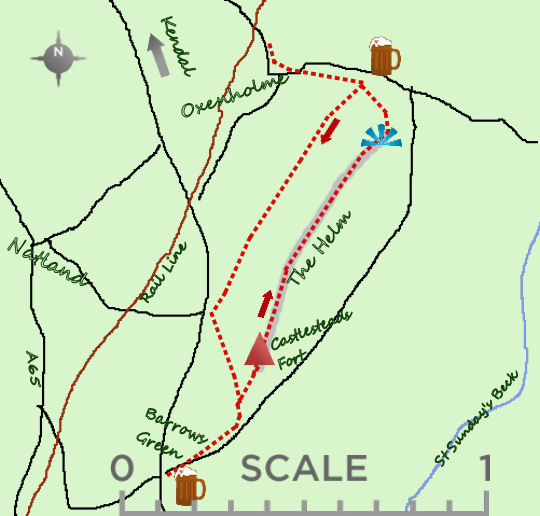 If you are starting at Barrows Green the Punch Bowl is fine, if you are arriving by train the Station Inn is nearby.