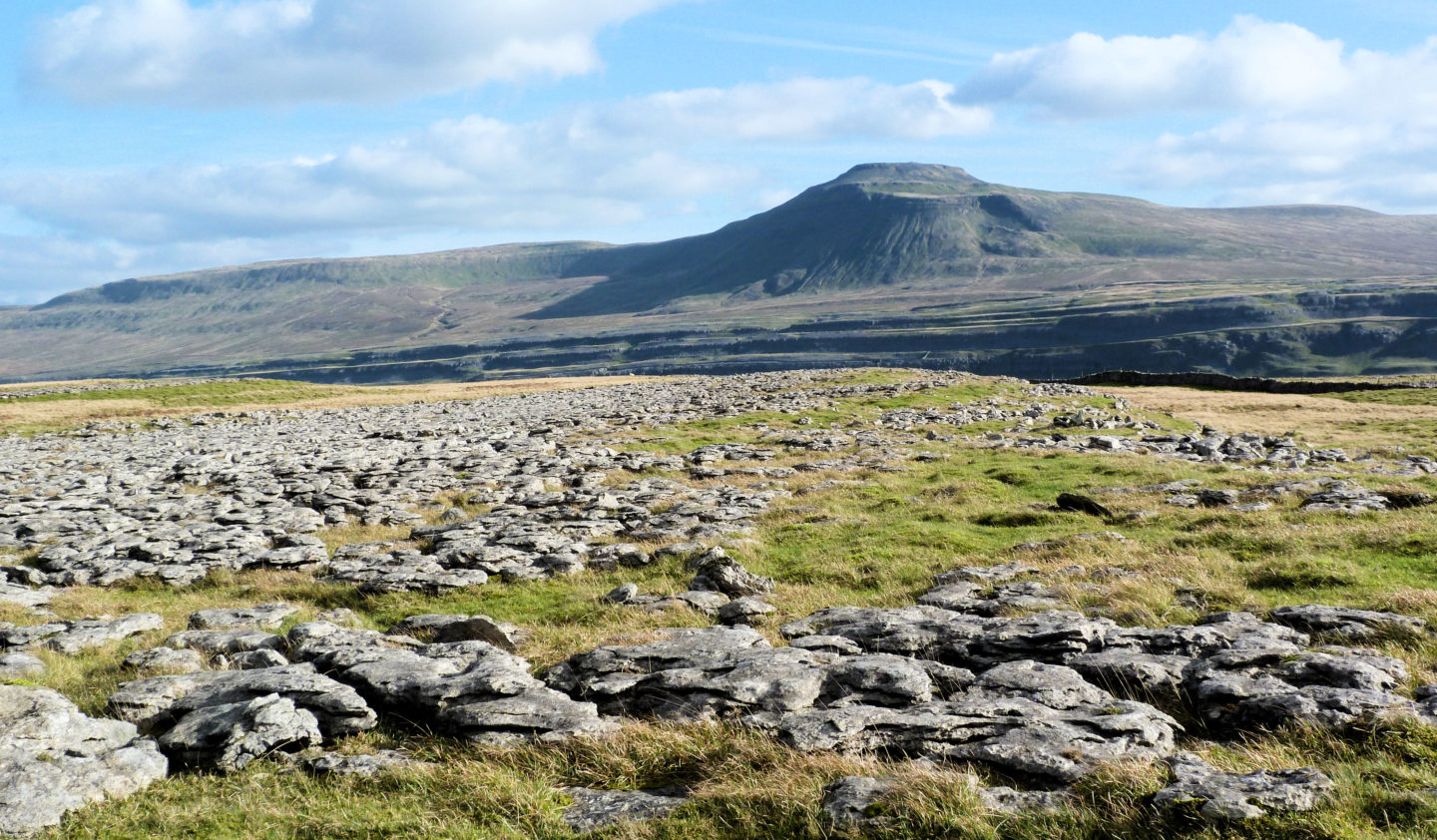 Twisleton Scar (or Twistleton) is a fine area of limestone pavement that is situated on the southern lower slopes of Whernside near Ribblehead. Apart from the limestone walking the views over to Ingleborough are excellent.

Easy walking, fantastic limestone pavements and beautiful views over two of the Yorkshire Dales “Big 3” characterise this walk above Twisleton Scars. Many spell it Twistlelton but strictly speaking there is no t involved, one of the vagaries of the English language. Whernside and Ingleborough were ever present as myself and Mist stretched our legs on the large flat plateau. The scar and pavement lie on the Whernside side of the valley, really an extension of the long summit ridge. The plateau offering some of the most impressive examples of limestone scenery in the country.

The pavement and scar were formed roughly 15,000 years ago when a glacier and ice cap retreated during the last ice age. As a result the glacier tore off all the loose soils exposing the rock. Over time the sides of the plateau eroded and collapsed creating the scar. However on the flatter high land the limestone pavement (a mix of blocks known as clints and narrow, deep gaps between them – grykes) remained. Some lonely trees remain, as do some large gritstone boulders creating an atmospheric landscape. Not only atmospheric but also useful. Here the fallen rocks from the scars were ideal (and handy) to build the dry stone walls which so characterise the area.

At Ewes Top an array of cairns marked a change of direction for me. I always prefer keeping to the high ground as long as possible Therefore I decided to follow the sheep tracks that pass along the top of Twisleton Scars first before returning to Chapel le Dale along the foot of the scars. The walking and views of the scars is superb from above. In addition and depending how brave you are closer investigation can be made using some of more adventurous sheep tracks.

This is a much better walk from Chapel-le -Dale than Ingleton. This is partly due to the distance but also the interesting church yard at Chapel-le-Dale. Here many of the workers from the nearby Ribblehead viaduct were buried.

Almost certainly walking on a limestone pavement is awkward. Particularly in the rain the rock is very slippy. Pick your way through the short grass between the blocks regardless of the route the path suggests. 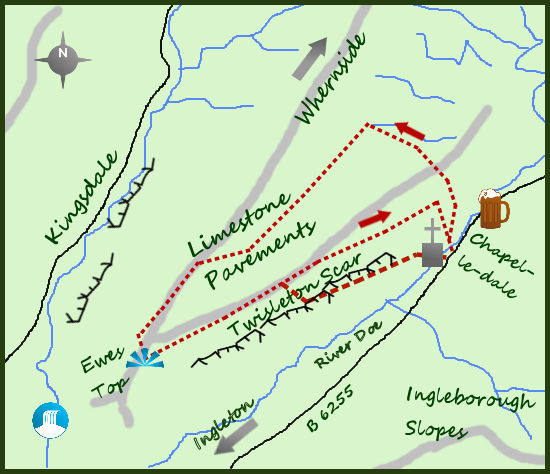 SD 739771. A small car park officially for the church is the best place to start the walk. I prefer heading for Ellerbeck first and returning via the Scars edge.

The Old Hill Inn is on the main road outside Chapel-le-Dale and the Station Inn a mile further up the road at Ribblehead.