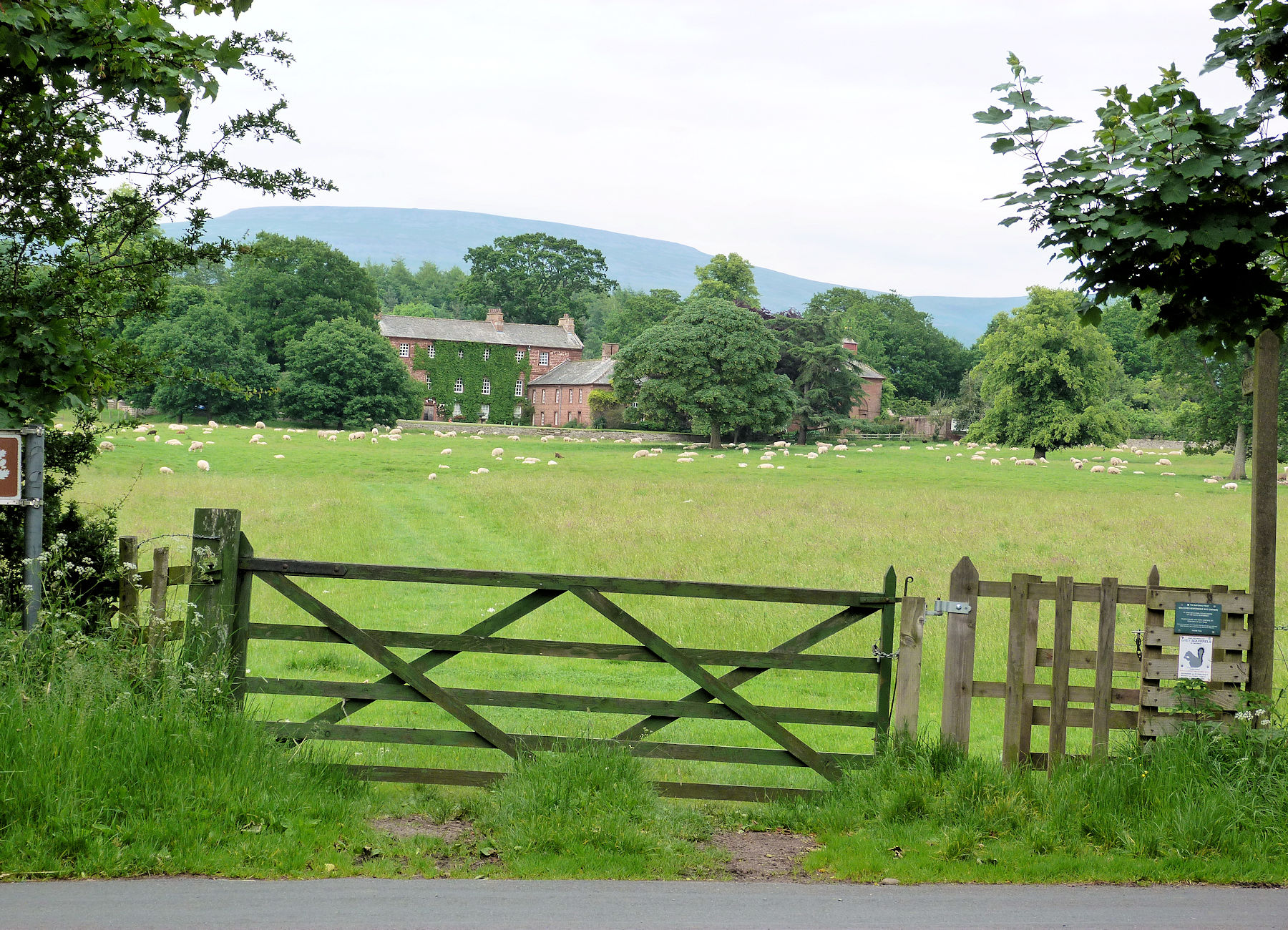 Near Penrith is Temple Sowerby, a pleasant small village near Acorn Bank House. The walk at Temple Sowerby follows a winding small river and crosses some countryside before returning to the pretty village.

History enticed me to take a walk at Temple Sowerby. History in the form of the grand old buildings and gardens at Acorn Bank. In addition the legends coming from anything to do with the religious order of the Knight’s Templar. At a minimum the order of the Knights Templar has given its name to Temple Sowerby. The order of the Knights Templar were founded in 1132 as a religious arm of the local monasteries which dominated the lands in early Norman days. 200 years later they were disbanded after they became arrogant and deviating from the original, honourable aims. Actually the Sowerby bit is from the viking ‘muddy ground’, not so glamorous.

I was pleasantly surprised by the village itself. There was a feeling of spaciousness which was complemented by the lovely old church of St James. Personally I was delighted to see a Maypole (reminding me of my own Long Preston). I am led to believe the morris dancers are nearby. Newbiggin at the north end of the walk is also an attractive village. However the better features of the walk are along the banks of the Crowdundle Bank before it merges with the River Eden itself. It is a peaceful place for a short walk full of interest.

Spend some times in the gardens of the Acorn Bank and the old mill. Here it is claimed by the National Trust to hold up to 250 species of medicinal and culinary plants.

The public right of way passes through the grounds of Acorn House. As a result there are some lovely views of the house. 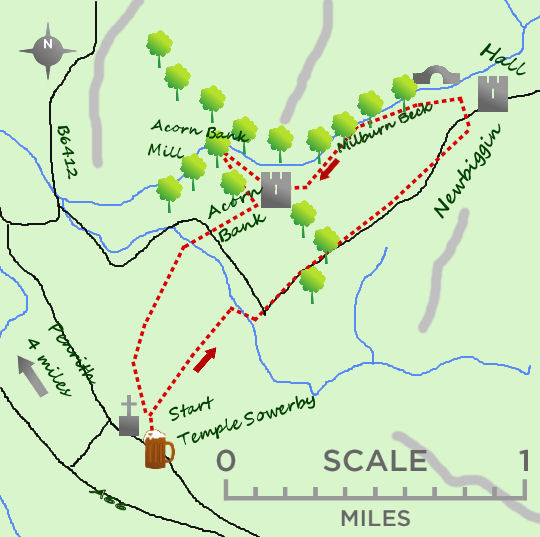 I parked next to the lovely church & large green in Temple Sowerby.

A mix of quiet lanes and a rougher riverside path. The driveway out the grounds is lovely.

Appleby and the River Eden