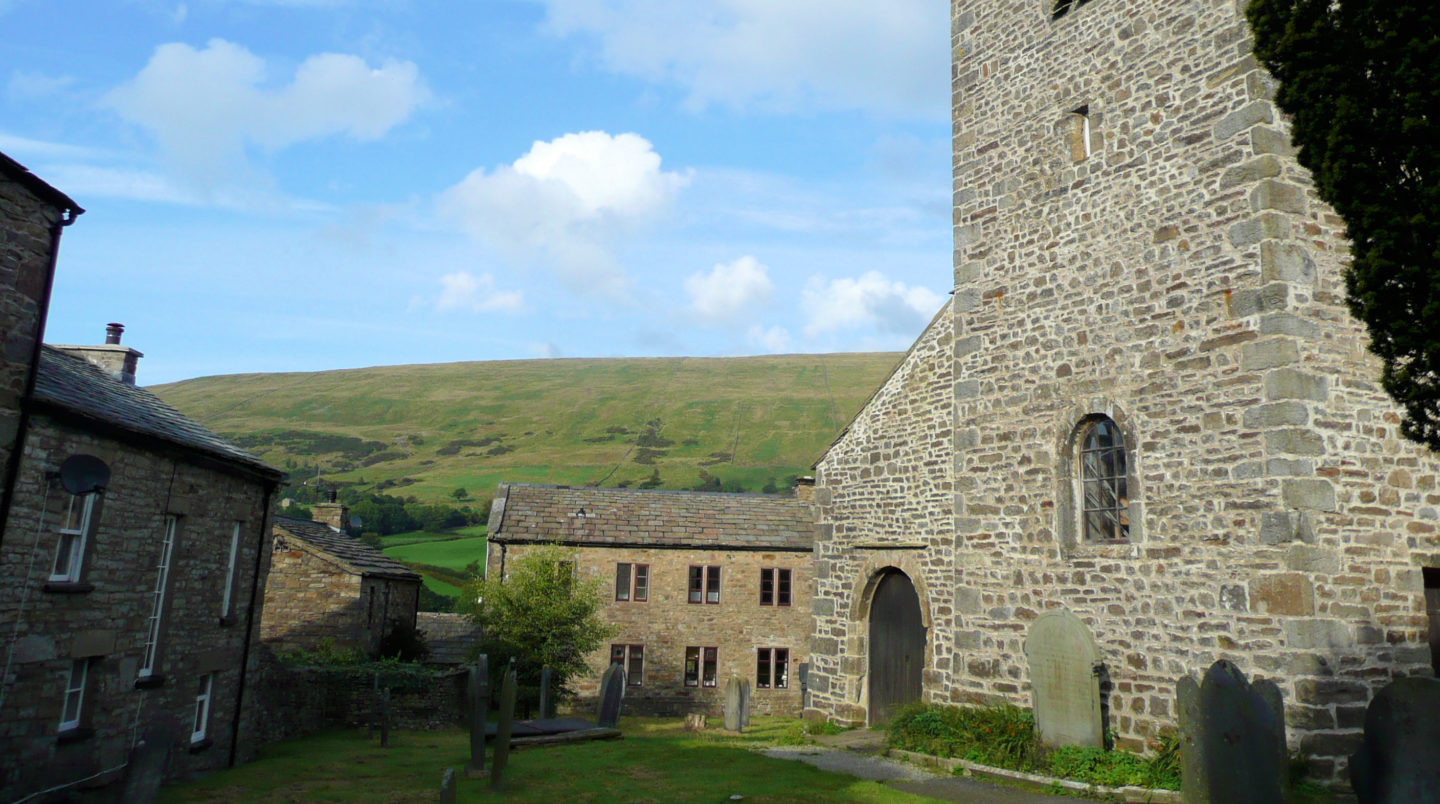 The walk through Dentdale and the village of Dent follows the River Dee, It is an unspoilt dale, little visited and served by a narrow road. The scenery is lovely though, classic stone wall fields and barns so typical of the Yorkshire Dales.

Dentdale and Dent suffer a little due to the inaccessibility of the valley itself. It runs east west and the best access is from Sedbergh which is unfortunately off the beaten track. However being ignored over the years has meant that Dentdale has retained much of its charm and natural beauty. The village of Dent has a ‘going back in history’ feel about it. This is due to its cobbled streets, old style shop fronts and the impressive church of St Andrews.

On my first visit I decided to just walk through Dentdale from Dent and see what happened. It is an approach I often take in places I do not know. Walking from Dent inevitable brings you to the banks of the River Dee and as riverside walks go this is one of the better ones. The Dales Way follows the banks of the Dee on both sides of Dent village with the river winding down from the upper valley and the remote hill of Great Knoutberry.

Dentdale is a place of geological significance. This is due to being on the fault line which separates the carboniferous limestone to the south with the older Silurian rocks further north. Combe Scar to the south is an obvious example of the difference.

With its own brewery the Dent music and beer festival in late June is an excellent time to visit the village and take on the walks around.

There are a number of footbridges to the east of Dent which offer the best way to cross the river. However some do regularly get washed away by flooding and it takes time for them to be replaced. 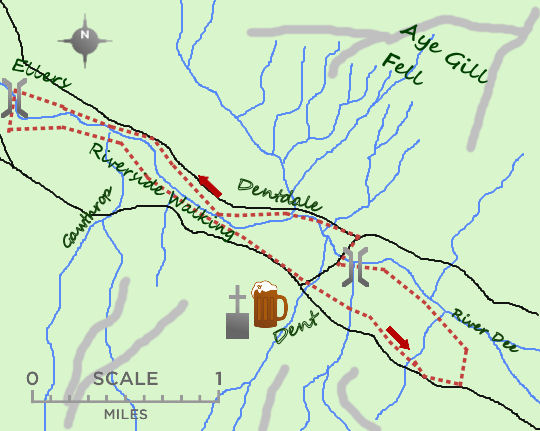 There is parking at the west end of the village, walk straight down to the river and turn left.

Being riverside this is surprisingly good and not overly muddy. Being on the Dales Way helps, as does the old embankment on the northern bank below the bridge at Ellers.

On my last visit I had a pint in the Sun Inn which was friendly and welcoming, there are 2 further pubs and 2 tea shops which are again cosy but from an eating point of view uninspiring.

Sedbergh and the River Rawthey walk

A walk up Great Knoutberry Hill