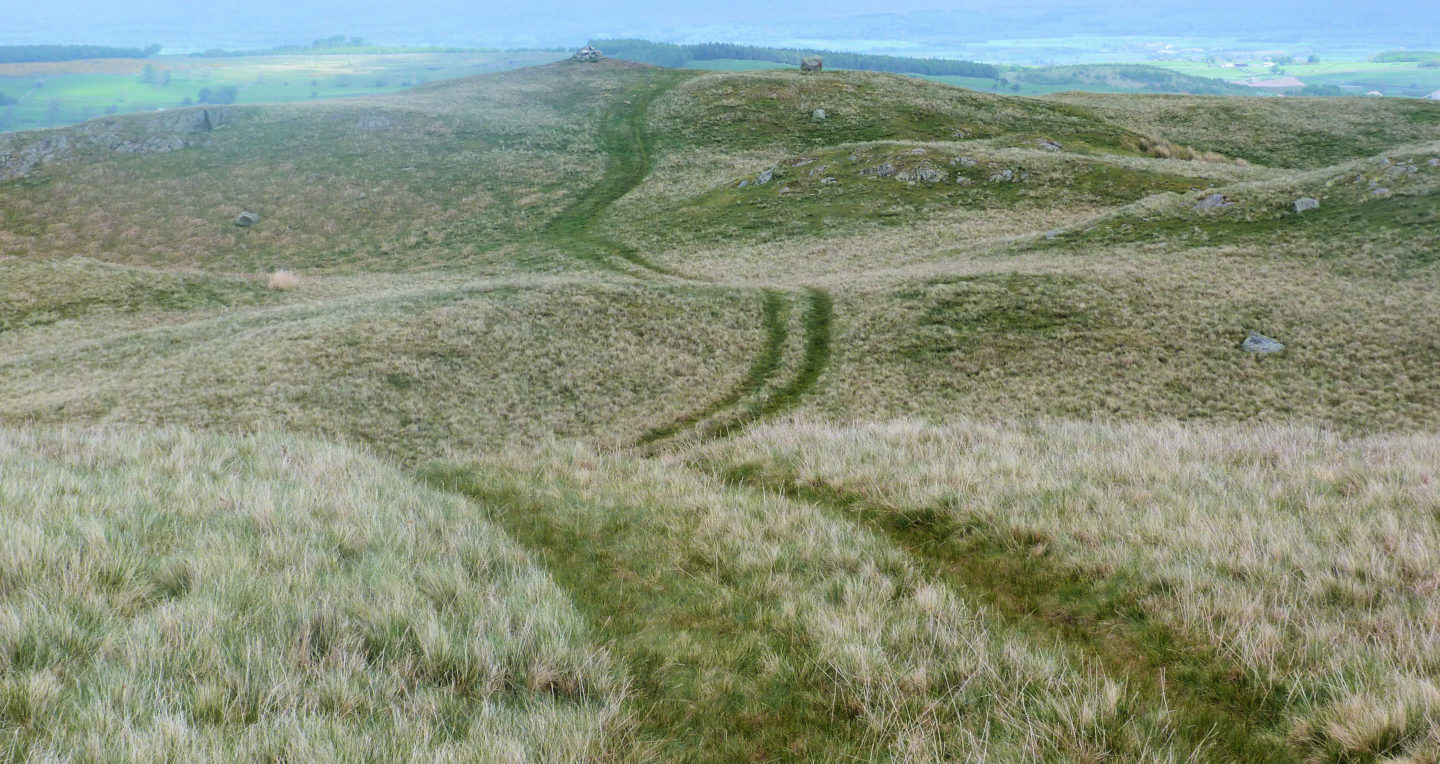 The Swindale Valley is one of a few barely visited valleys on the eastern fringes of the Lake District. The northern ridge of Swindale has some lovely walking and views across Haweswater and the Ullswater fells.

Like thousands of others who head for the higher fells of the Lake District I had never completed a walk in the little known Swindale valley. In fact I never knew it existed. It is not just Swindale, much of theses eastern areas of the Lake District are never walked or explored. Viewing the area from the M6 is not particularly inspiring. However a more detailed exploration showed how wrong I was.

I headed on to the wide ridge which runs between Swindale Common and the Old Corpses Road (there does seem a number of Corpse roads in the Lakes!) under Sallows. The ridge combines typical Pennine moorland with equally typical Lakeland outcrops of volcanic rock. Although Haweswater never quite comes in to view there are some good views from Kidsty Pike and round the head of Mardale. The head of Swindale valley is also a pleasant and unspoilt place to be. This is a result of the steep waterfalls (including Hobgrumble Gill) descending both sides of the valley with Swindale Beck meandering though the green fields at their foot.

Navigation Tips in the Swindale Valley

Whilst walking along the ridge stick to the northern edge of the wall till the path becomes a farm track. At a small stream leave the track and wall and head north to the high point of Hare Shaw. 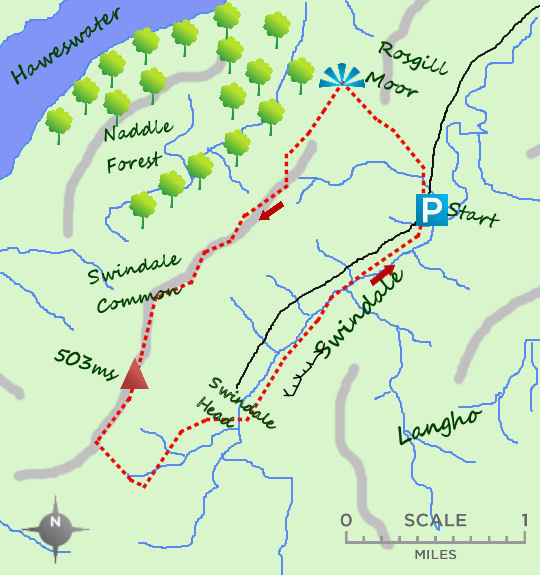 Beyond here the road is private but there is plenty of space to park the car. Head straight up the open fell on the path from here.

On the main wide ridge of Hare Shaw the path is intermittent at best but this should not be a problem.

Bampton and Bampton Grange are 3 miles away and there is a choice of pubs and a fine cafe. Shap is enroute to the M6 and also has places to eat and drink. .